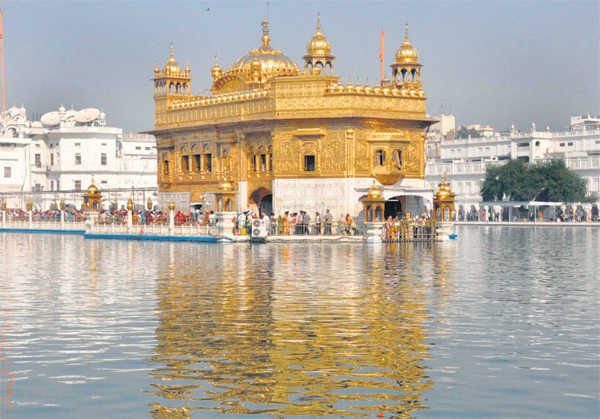 Set up in 2007, the CIF is an advocacy group aimed at promoting India-Canada relations. Tribune file

The Canada India Foundation (CIF) has announced to donate C$21,000 to the langar at the Golden Temple in Amritsar where over 100,000 people eat free meals each day.

The Foundation, which also honours a prominent Indian from anywhere in the world with the Global Indian Award each year, is donating to the langar after the amended Foreign Contribution (Regulation) Act granted registration to the Golden Temple to receive direct foreign donations.

“We were very excited to hear the news that people from all over the world can now directly donate to the Golden Temple langar seva. We at the CIF want to be among the first to show our appreciation,” CIF chairman Satish Thakkar said.

Thakkar thanked India for fulfilling the long-pending demand of the Indo-Canadian diaspora to make direct donations to the world’s biggest langar at the Golden Temple.

“Thousands of devotees from Canada were prevented from sending money to the langar seva because of the stringent provisions of the FCRA. The Indo-Canadian community has reacted favourably to the Indian announcement,” added Foundation convenor Ritesh Malik.

Toronto Sikh Bhupinder Singh Khalsa, founder member of the Foundation, said: “I feel blessed that now sitting in Canada I can send my humble contribution to the langar. Though Canada has always given us every opportunity to stay connected to our roots, culture and religion, this is a great step by India to help us to stay connected to the source of our faith.”

Set up in 2007, the CIF is an advocacy group aimed at promoting India-Canada relations.