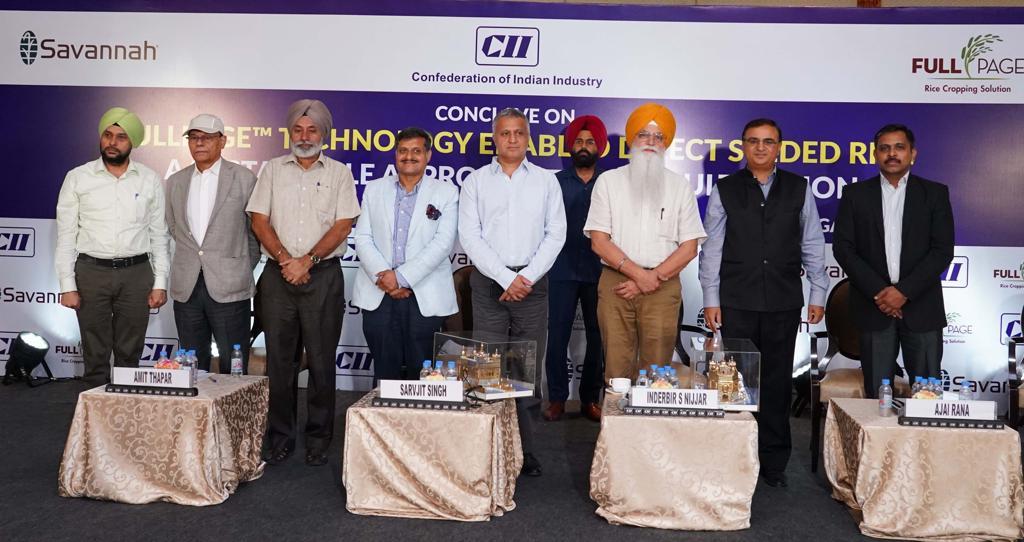 Minister Inderbir Singh Nijjar (3rd from right) at a conclave on DSR.

The state government was left red-faced at a seminar organised here today when a farmer, invited to speak about his experience of Direct Seeding of Rice (DSR), asked Local Government Minister Dr Inderbir Singh Nijjar whether or not the government would pay the promised incentive of Rs 1,500 per acre for switching to the water-saving technique.

Money to be released soon

A sum of Rs 25.31 crore will be released next week. The delay was on account of the double-step verification process of eligible beneficiaries. Govt officer

My crop is nearing the harvesting stage, but there is no sign of incentive. I request the government to make sure that this important proposal should not remain just on paper. Sarabjit Singh, Nabha farmer

The occasion was a conclave on the DSR organised by the Confederation of Indian Industry (CII) in association with Savannah Seeds, which showcased the success of its seeds in the direct seeding method.

Farmer Sarabjit Singh of Bazidri village in Nabha asked the minister and officers of the Agriculture Department present on the stage if at all the money would be released.

Dr Nijjar, who was the chief guest at the conclave, later addressed the issue by saying that if any government failed to fulfil promises made to the people, it would be failing them. He then spoke about the depleting groundwater table and the need to change agricultural practices to save Punjab from desertification.

He later told The Tribune that the money would be released soon.

Sarabjit Singh cultivates 17 acres, and has brought five acres under the DSR technique.

“Many farmers of my village ask me whether or not I have received the incentive. If people like me will get the promised aid, it will encourage others to opt for sustainable agricultural practices,” he said, adding he was a non-political person.

Other farmers accompanying him also said they not received the incentive.

In spite of the government’s push for the DSR, the area under the DSR fell drastically this year as compared with the previous year. Last year, around 6 lakh hectares was brought under the DSR. This time, only 1.68 lakh hectares could be covered.

Senior officers in the department say they have asked the Finance Department to release the incentive to eligible farmers. “A sum of Rs 25.31 crore will be released next week,” said a senior officer, adding that the delay was on account of the double-step verification process of eligible beneficiaries.