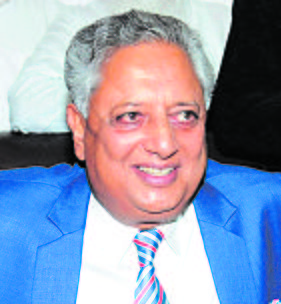 Punjab Speaker Rana KP Singh has called for concerted efforts to safeguard the freedom of Press in the country.

Addressing a function oganised via the virtual mode by the Rupnagar Press Club on the occasion of World Press Freedom Day, he said Press had played an important role during the freedom struggle and also during various challenges faced by the country after Independence.

He said being the fourth pillar of the democracy, more efforts were needed for strengthening Press in the country and the government should take steps for ensuring social security of the journalists.

He said journalists were facing a lot of challenges and problems in performing their professional duty and governments must take steps to redress their problems and provide more facilities to them.

The president of the District Press Clubs Association, Rupnagar, Bahadurjeet Singh, highlighted the significance of the day.