Groundwater in 78% blocks 'overexploited' in Punjab : The Tribune India

Groundwater in 78% blocks 'overexploited' in Punjab 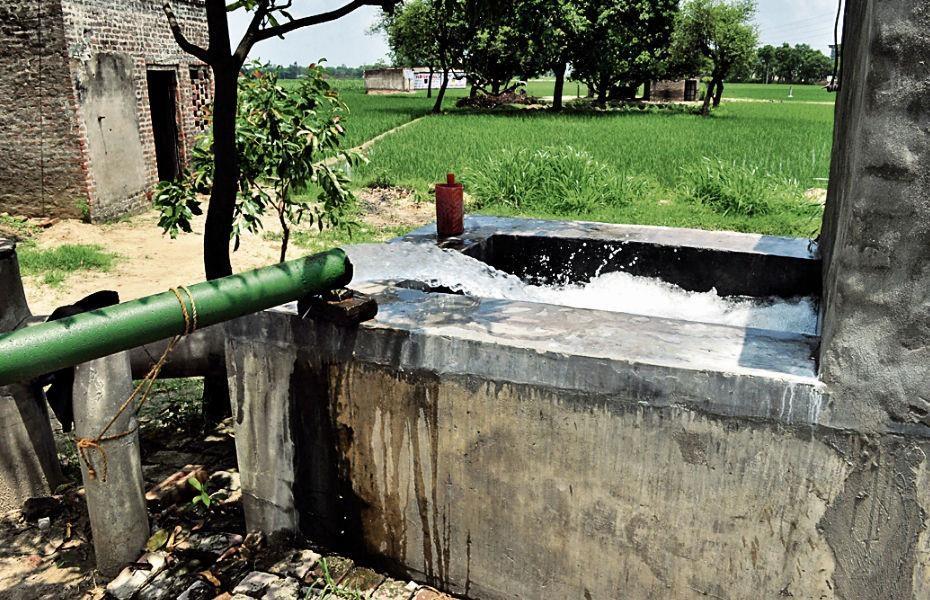 Groundwater level has fallen up to 30 metres in the last two decades.

Groundwater in at least 78 per cent blocks of the Punjab is overexploited said Minister of State for Jal Shakti Bishweswar Tudu in a reply to a query posed by Anandpur Sahib Member of Parliament Manish Tewari during the ongoing Lok Sabha session. The minister said out of 150 blocks, as many as 117 have been categorised as “overexploited”.

The minister said as per the 2017 groundwater assessment carried out jointly by the Central Ground Water Board (CGWB) and the state government as many as 109 blocks were found to be “overexploited”.

The reply mentioned that “Groundwater levels are declining because of continuous withdrawal necessitated by increased demand of freshwater for various uses, vagaries of rainfall, increased population, industrialisation and urbanisation etc.”

It’s worth mentioning that the study conducted by Punjab Agricultural University (PAU), conducted from 1998 to 2018, had found that groundwater declined by over a metre every year in 18 of the 23 districts. The report, which was submitted to the state government recently, highlighted that groundwater, which was available at a depth of three to 10 metres around two decades ago, has fallen below 30 metres.

Barring four districts—Faridkot, Ferozepur, Gurdaspur and Muktsar— and a few blocks in Hoshiarpur, Nawanshahr, Ropar and Mansa, groundwater has been found to be “overexploited” in the state.

The reply of the Minister of state for Jal Shakti read that “information received from the state government of Punjab indicates that 790 habitations (from rural areas) spread across 17 districts are affected with arsenic out of which 29 habitations (with arsenic contamination ranging between 0.11 mg/litre to 0.46 mg/litre) are in Ropar district alone”. Research results have shown that the long-term exposure to arsenic from drinking water and food can cause cancer and skin lesions.

Water being a State subject, initiatives on water management, including preventing contamination of groundwater is primarily the responsibility of the state. The minister added that the Centre had simultaneously initiated different steps to revive the falling levels of groundwater.