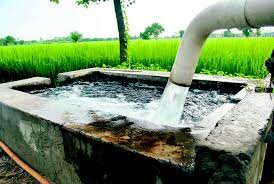 The alarming depletion of groundwater in the state has forced farmers to increase the power load of their agricultural pump sets.

The situation has reached a critical juncture in 12 districts, so much so that farmers are bearing huge expenses on installing tubewells.

According to the data of Punjab State Power Corporation Limited (PSPCL), 1.84 lakh farmers have increased the load of their motors in the past four and a half months since the state government reduced the charges for increasing the power load.

The load has increased by 7.49 lakh brake horsepower (BHP).

Chief Minister Bhagwant Mann had, on June 9, announced a reduction in the fee for increasing the load. It was reduced from Rs 4,750 to Rs 2,500.

More than 51,359 farmers in seven districts of the western zone have increased the load of motors by 2.24 lakh BHP.

At 17,245, Bathinda and Mansa districts have seen the highest number of farmers getting their load increased. They have increased their load by 81,802 BHP.

There are about 14 lakh agricultural motors in Punjab. As soon as the government had reduced the fee, farmers started submitting applications for increasing the load of their pump sets.