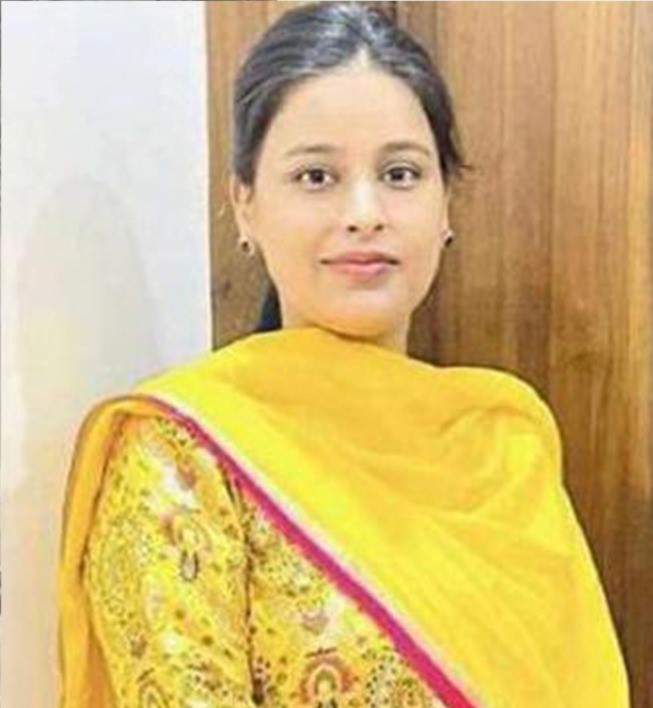 Dr Gurpreet Kaur, the would-be wife of CM Mann, is the daughter of former sarpanch Inderjit Singh Nath of Madanpur in Pehowa.

The 48-year-old Mann is getting married to 1993-born Dr Kaur, who did her MBBS from Maharishi Markandeshwar University at Mullana in Haryana in 2018.

Gopi, as she is fondly called in the family, Dr Kaur is currently staying in Mohali. She is the youngest of three siblings. Her two elder sisters are settled in US and Australia.

Her neighbours in Pehowa said they came to know through the media on Wednesday that Dr Gurpreet was getting married to the Punjab chief minister.

A neighbour told reporters that “we know the bride by the name of Gopi. It was only in the morning that we came to know she was getting married to the Punjab CM”.

She had enrolled for MBBS in 2013 and completed that in 2018, said a neighbour in Pehowa.

Gurvinder Singh, Dr Kaur’s uncle, said she was an intelligent and obedient girl. “My phone is ringing incessantly and I have received numerous congratulatory calls since the news of Gurpreet’s marriage to Punjab CM was shared on social media,” he added.

Vaneeta Behl, who also lives in her neighbourhood in Pehowa, told reporters that Dr Gurpreet was a kind-hearted, caring and a very intelligent young woman.

Many young girls in the neighbourhood said they were very happy that “Gopi Didi” was getting married and that too to a chief minister. (With PTI inputs)