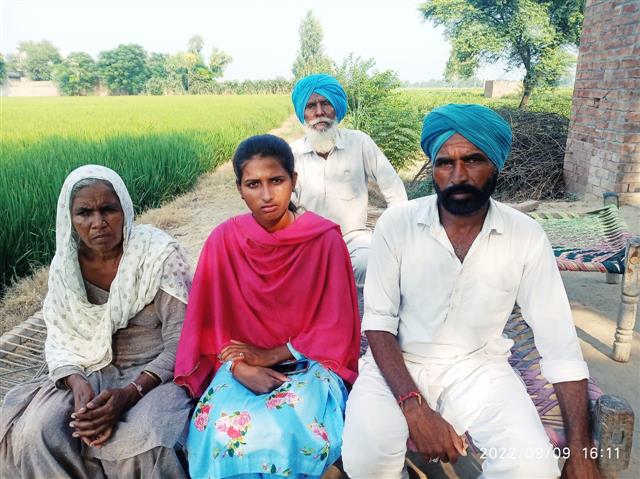 Kamaljit with her parents.

Former cricketer and now Rajya Sabha MP Harbhajan Singh performed a yeoman service by bringing 21-year-old Kamaljit Kaur, who was held captive in Oman, back to India. Kamaljit, a resident of Barkandi village in Bathinda district, was stuck in the country for months as her captors had taken away her passport and mobile SIM card.

Harbhajan thanked Indian embassy officials in Oman. He tweeted: “To help an Indian citizen held captive in foreign land was my duty not only as an MP but as a fellow Indian citizen too. I thank the GOI and @Indemb_Muscat for the assistance and cooperation. I feel blessed that I could associate myself with this noble mission.”

Kamaljit said, “An immigration agent from Moga my parents and duped us of lakhs of rupees on the pretext of sending me to either Australia or Singapore. The agent told us that first I had to go to Muscat.”

“When I reached Muscat, I was forced to put on a burqa and eat beef. I somehow managed to call my parents and narrate the horrific experience,” she said.

Sikander Singh, father of Kamaljit, said, “When we contacted the agent, he started threatening us with dire consequences and even demanded money for the release of my daughter.”