The raid is in progress, and officials are checking the records 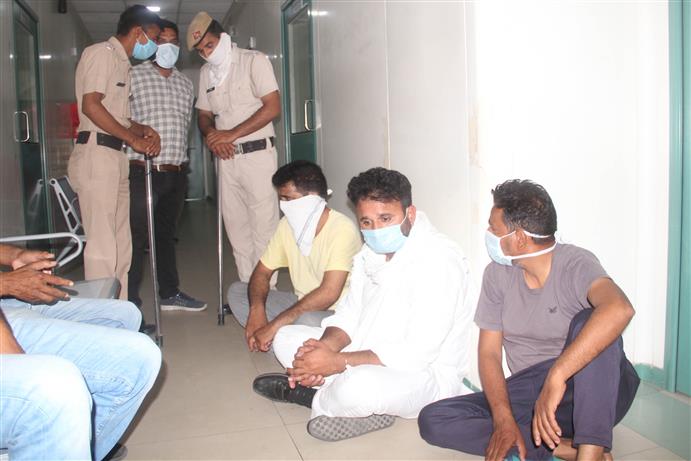 An image of three agents, who are allegedly involved in the sex determination racket, by Haryana health team at Indrani Hospital in Bathinda. Tribune Photo: Pawan Sharma

A raid was conducted at Indrani Hospital, Bathinda, over a complaint on sex determination test on Friday.

The raid was conducted by a health team of Sirsa, Haryana, along with the police and another health team from Bathinda Civil Hospital.

After the officials received a complaint, a trap was set up, where a woman was sent in as a patient for the test.

The raid is in progress, and officials are checking the records.

Dr Rajesh Chowdhary, a health official from Sirsa, said: "Civil surgeon, Sirsa, got a complaint, that a gang is active in the region, which conducts sex determination test, after which a team was constituted and a trap was laid and the deal was fixed with an agent at Rs 42,000 and today agent took them to Indrani Hospital in Bathinda, where the doctor told them about sex after conducting the test".

Dr Atin Gupta, the owner of Indrani Hospital, refuted the charges said that it was an attempt to "tarnish their image" as no such illegal test has been done in the hospital.

Further, he claimed that on Friday morning he got a call from his hospital that police official from Haryana had come, after which he arrived and talked to the officials. The CCTV footage was also shown to the officials.