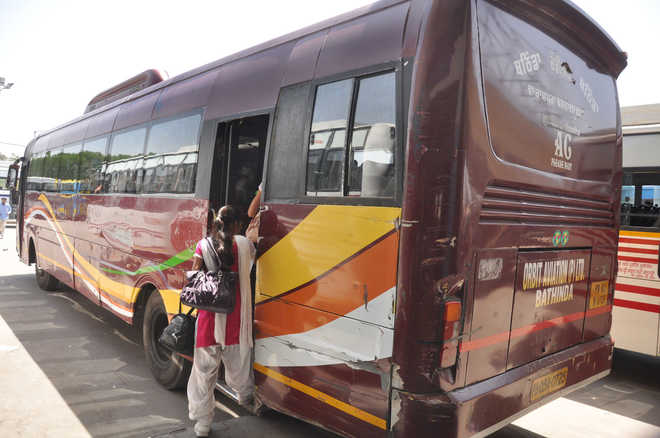 The Punjab and Haryana High Court on Tuesday directed the State of Punjab, the State Transport Commissioner and the Regional Transport Authority to forthwith release the buses of Orbit Aviation Private Limited.

Directions were also issued to permit the petitioner to provisionally ply the buses. Orbit Aviation is believed to be Badals-run company.

The directions by the Bench of Justice Ajay Tewari and Justice Pankaj Jain came on the petition seeking the quashing of 30 impugned orders dated November 12 passed by the Regional Transport Authority on the ground of being arbitrary, against the provisions of the Motor Vehicles Act and violation of the principles of natural justice.

Appearing before the Bench for the petitioner, senior advocate Puneet Bali with counsel Surjeet Bhadu, Vaibhav Jain and Shivam submitted that the competent authority permitted the company to pay government dues of Rs 77, 15,061 in four monthly installments originally by order dated October 11.

Accepting notice issued by the Court, Punjab Advocate-General D.S. Patwalia pointed out that the petitioner did not pay a single penny after order dated October 18. It did not submit an application informing the government of intention to make full payment and did not even file an appeal against the order. The respondents were, as such, constrained to cancel the permit, in view of default in payment. The petitioner had made the payment thereafter. As such, its “bonafides were suspect”.

The Bench asserted once the petitioner had been permitted to make the payment in installments, a notice was required to be issued for withdrawing the order. “It is not disputed by the Advocate-General now as matter stands the petitioner has paid the entire tax amount due till November 30. The matter has been adjourned to the week commencing after November 29. Since now the tax has been paid till November 30, we deem it appropriate to direct the respondents to release the buses forthwith and to permit the petitioner to provisionally ply them”.