Hike in straw price may curb farm fires in Punjab : The Tribune India

Hike in straw price may curb farm fires in Punjab 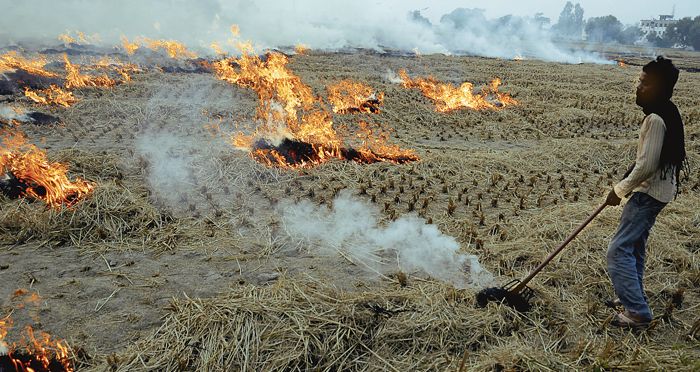 An unprecedented hike in the price of wheat straw (toori) is set to push more and more farmers toward storing this residue, which is a major feed for ruminants.

Wheat straw, which used to sell for Rs 3 to 4 per kg during this time of the season, has been selling at Rs 10 to 12 per kg due to high demand in Rajasthan and Uttar Pradesh. In the neighbouring states, it’s selling for Rs 14 to 16 per kg.

More storage of wheat straw would ensure less burning of stubble and would also add to the profit of farmers and daily wagers, said experts in the Agriculture Department.

Dr Rajiv Chhabra, deputy director, Animal Husbandry Department, said, “In north-west India, owners feed ruminants with wheat straw throughout the year, either alone or in combination with other feed, depending on availability. High rate of wheat straw will encourage farmers to store it.”

Urban dairies depend mainly on wheat straw as a source of roughage because it can be stored even in the open provided it’s protected from rain.

Dr Manjeet Singh, an inseminator for ruminants, said, “The stack of wheat straw covered by mud in the field is called ‘bonga’ or ‘kuup’. It is a tall stack covered either with soft long wild grass or with long leafless wheat straw itself. The ‘bonga’ is used to store straw if sufficient space and time for storage is available near the house.”