AAP fails to sell Delhi and Punjab model in Gujarat and Himachal: Bajwa 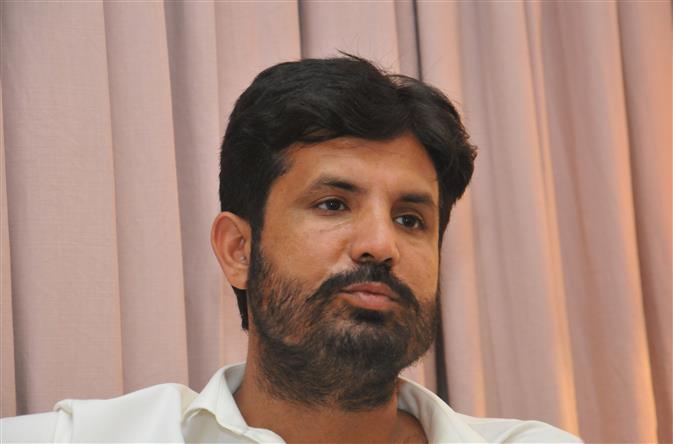 Punjab Congress president Amarinder Singh Raja Warring today hailed the party’s victory in Himachal Pradesh, saying it will be “encouraging and rejuvenating” for the cadres across the country, particularly in Punjab which is in immediate neighbourhood.

At the same time, Warring said, the Bharatiya Janata Party (BJP) and the Aam Aadmi Party (AAP) have been completely exposed by playing a “fixed match” in Gujarat keeping alive the tradition of helping out each other.

“There was no doubt from day one that the AAP was working in Gujarat to help the BJP and it has been established beyond any doubt now,” he said, while pointing out, with no AAP in Himachal, the Congress easily trounced the BJP.

However, he added, one great thing about these results is that the AAP bubble has burst quite along the expected lines and people have seen through their lies and fake propaganda which came at the cost of Punjab exchequer.

Celebrating the victory with party workers and leaders here, Warring who actively campaigned in Himachal, said the victory holds special significance for the Congress cadres in Punjab who had worked hard there (in HP) and will now feel more encouraged and energetic ahead of the municipal corporation elections.

“Right now this has been an evenly placed contest between the Congress and the BJP, as both parties have won, one state each and I am confident, the party (Congress) will improve the ratio further in forthcoming elections in other states as well,” the PCC president remarked.

Warring predicted that it will be a new beginning for the Congress and Himachal results will set tone for multiple Vidhan Sabha elections next year and the general elections in 2024.

“It is Congress and Congress alone which can not only challenge but beat and defeat the BJP anywhere, anytime,” he asserted, while taking a dig at the Punjab AAP leaders who spent months together in Gujarat to “campaign for the BJP”.

Therefore it was time for Punjab Chief Minister Bhagwant Mann to focus his entire energy & skills to resolve the long pending issues of Punjab which have been ignored over a long period of time.

Bajwa said both Arvind Kejriwal and Bhagwant tried their level best to hardsell both Delhi & Punjab models to the voters of the western state and to the hill state however they refused to be misled by the false propaganda unleashed by the AAP leaders.

“ Announcing freebies & promising complimentary services to the voters does not always help. The AAP failed to convince people of both the states that they were competent & capable enough to handle full-fledged states which require greater administrative skills and statecraft to resolve sensitive issues than simply doling out free of cost civic amenities”, said Bajwa.

Bajwa said Bhagwant Mann must not squander away the historic mandate people of Punjab have bestowed on him and his party by steering the state out of many critical issues.

Bajwa while hailing congress party’s impressive victory in Himachal Pradesh admitted that party needed to introspect why it failed to put up a similar show in Gujarat where the BJP has been in power for the last 27 years and faced anti incumbency in many parts of the state.

Bajwa said the Bharat Jodo Yatra led by Rahul Gandhi would surely strengthen the congress party in the days to come. The party needed to gear up and start working for the 2024 Lok Sabha polls from right now as there was not much time left for the preparations.