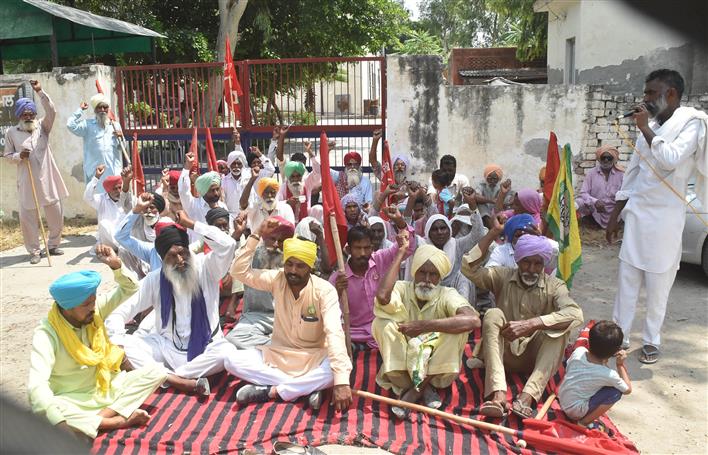 Alleging inaction in a case where a labourer had suffered injuries in a hit-and-run accident, members of the Punjab Khet Mazdoor Union members today protested in front of the police station in the Thermal area, demanding the arrest of the suspects.

We couldn’t trace the address or persons as per the car’s number plate. They might have used a fake number. We are probing the matter. — Sukhveer Kaur, Thermal Police station sho

Members of the BKU Ekta Ugrahan also extended their support by participating in the protest today.

Jora Singh Nasrali, state president of the union, said, “On July 22, a labourer, Pritpal Singh, was hit by a car near his village in Sivian. The car occupants fled after the accident, leaving the labourer behind. Pritpal had sustained grievous injury around the hip area and is undergoing treatment at a hospital to date. On the basis of the car’s number plate, the police have registered a case but shockingly, it has not arrested the occupants who hit Pritpal.”

“The injured labourer has three daughters and he works hard work to make ends meet. The family of the victim has repeatedly reached out to the police, demanding action against the suspects, but to no avail.”