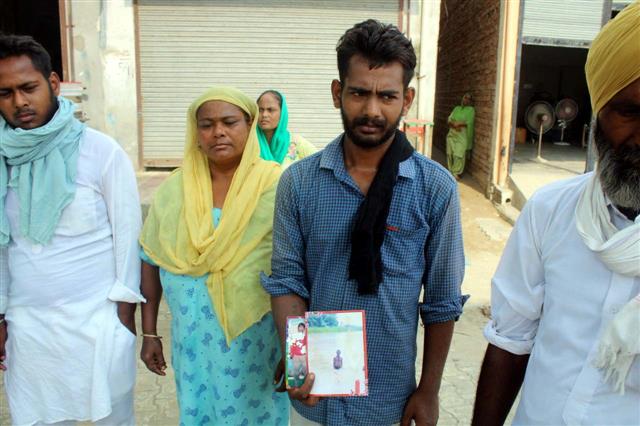 Family members of a victim of the hooch tragedy at Sarhali Road village in Tarn Taran. Photo: Vishal Kumar

Senior police officers on Saturday formed teams to raid eateries on highways near Rajpura after reports that spurious liquor that killed over 60 in Amritsar, allegedly came from Rajpura.

The death toll in the hooch tragedy in Punjab rose to 62 today, as two more people were arrested in Amritsar for their alleged involvement in selling spurious liquor, a police official said.

The deaths were reported from Tarn Taran, Batala and Amritsar districts since Wednesday.

Senior officers confirmed that raids by police teams are on to nab dhaba owners who had allegedly sold hundreds of drums of chemical to be supplied to the accused who used it to manufacture illicit liquor.

Police have recovered chemicals and other material from the dhabas and are likely to register an FIR.

“These dhaba owners in connivance with truck drivers who transport chemicals to distilleries, fill their own drums to sell them later to accused for illegal manufacturing of liquor,” they said.

As many as four police teams from Rajpura and Tarn Taran conducted raids at these highway joints where trucks make a regular halt.

The police operation was on till the last reports came in.