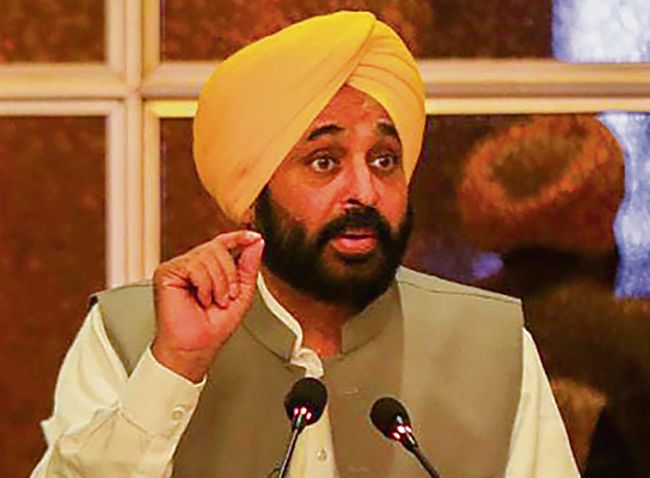 Moving the resolution, CM Mann said: “As an indebted nation, we can never forget the contribution of Shaheed-e-Azam Bhagat Singh who laid down his life for the freedom of the country. Likewise, Dr Ambedkar shaped the destiny of the country in pre and post-Independence era as chief architect of the Indian Constitution.”

Describing them as role models for countrymen, CM Mann said the lives of the iconic leaders would remain a source of inspiration for millions of people. Mann said the state government would leave no stone unturned to perpetuate the legacy of these great personalities. “Likewise, a statue of Maharaja Ranjit Singh would also be constructed within the premises of Punjab Vidhan Sabha as a humble and befitting tribute to the founder of Khalsa Raj,” reads the resolution.

Members led by CM Bhagwant Mann paid tributes to former Punjab Governor Gen SF Rodrigues, Brig LS Lidder, who died in the IAF helicopter crash along with CDS Gen Bipin Rawat and other senior military officers, and BSF jawan Dharminder Kumar, who laid down his life while patrolling in Assam, among others. A two-minute silence was observed in the memory of departed souls.