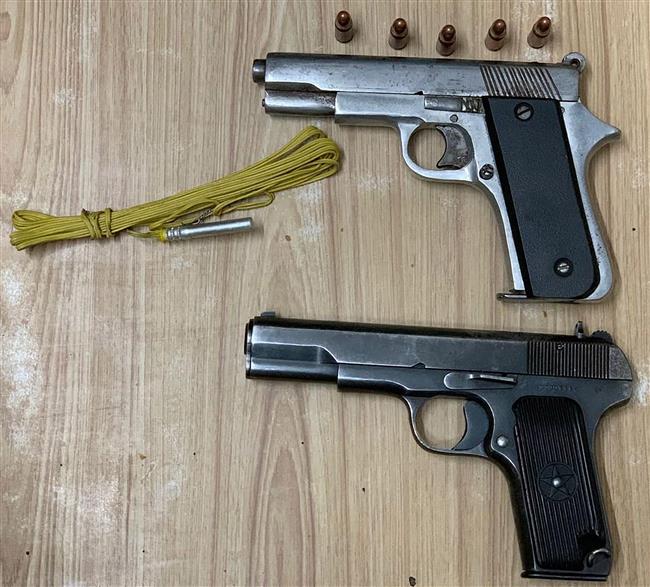 The police have recovered two pistols following the interrogation of Yash.

The police have managed to recover two pistols and five cartridges after the interrogation of Yuvraj Sabharwal, alias Yash, the main accused in planting an improvised explosive device (IED) under Sub-Inspector Dilbagh Singh’s car in Amritsar.

1 held from Ropar for harbouring accused

However, the police are yet to identify those who had picked the IED from the international border, after it was dropped into the Indian territory with the help of a drone, and took it to Khankot near Manawala.

Yash had collected the IED from Khankot located on the Amritsar-Jalandhar highway, where another accused Deepak Mundi had met Yash on a bike. The duo had later planted it under the car of Dilbagh Singh on the intervening night of August 15 and 16 on the direction of Canada-based gangster Lakhbir Singh Landa and Pakistan-based terrorist Harvinder Singh Rinda.

Along with the pistols and five bullets, the police have confiscated a detonator, some packaging material and remains of an explosive substance from Yuvraj.

“The police have been investigating two modules – one who planted the IED beneath the SI’s car and second who picked up the IED from the Indo-Pak border,” said Mukhwinder Singh Bhullar, Deputy Commissioner of Police (Investigation).

Yuvraj, a resident Faizpura, was arrested from Kullu in Himachal Pradesh. The police also nabbed his two aides — Pawan Kumar, alias Shiva Macchi, and Sahil, alias Macchi. Their role in the case is being ascertained. Yash had at least 11 cases of attempt to murder, robbery and dacoity against him. So far, the police have arrested nine suspects in the case.

Of the nine arrested, five were in direct contact with Landa, who was directing them step by step to plant the improvised explosive device under the SI’s car.