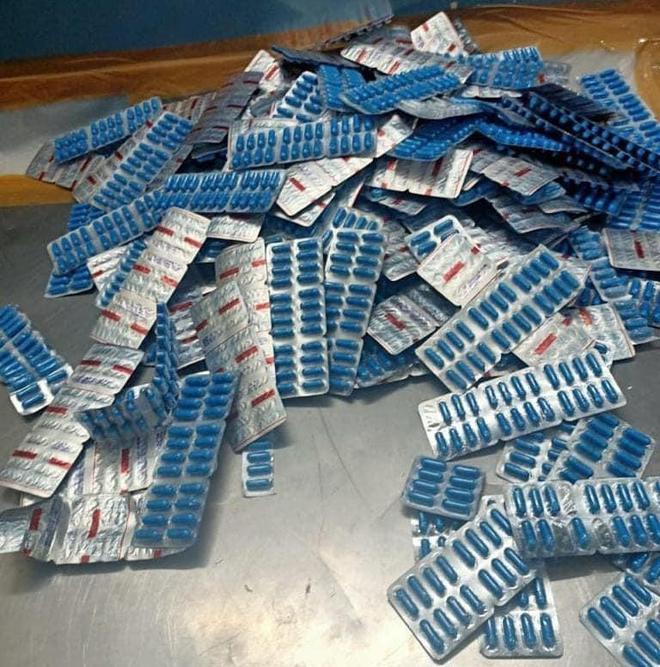 The seized tablets in Sirmaur.

In a significant development, the Amritsar rural police have nominated a political leader of Himachal Pradesh, Chetan Parmar, in the case of seizure of tramadol tablets from Paonta Sahib, Sirmaur, on May 28.

Parmar is the grandson of Himachal’s first Chief Minister Yashwant Parmar, while his father Kush Parmar was a five-term MLA. Parmar had joined the BJP in 2017.

The police said Parmar would be involved in the investigation to ascertain his role. As per the police probe, Parmar funded a firm, Unique Formulations, from where banned drugs were recovered.

“Munish Mohan, the alleged owner of the firm who was arrested during the raid, had mentioned Parmar in his disclosure statement to the police and that is why he has been nominated in the case,” said Dhruv Dahiya, SSP (Amritsar rural). The police have so far arrested around 10 persons in the case, he added.

The investigations carried out so far revealed the firm was routing the ‘Schedule H’ drug via Delhi through fictitious firms as they were not allowed to directly sell the same in Punjab due to strict norms in the border state, given rampant misuse of the tablets for addiction.

Unique Formulations supplied drugs through fake firms in Delhi and Mumbai, which further diverted the tablets to other states such as Punjab and Haryana, said sources privy to the investigations.

The Amritsar rural police had seized tramadol worth Rs 15 crore from the spot during a raid on May 28.

“During scrutiny of documents seized from the firm, the police found four such non-existing firms having addresses of the national capital and Mumbai,” said an official.

The Paonta Sahib factory was busted following the seizure of 45,000 tramadol tablets in May 18 in which the police had arrested Samir Kumar, Suraj Kumar, both residents of Majitha, and Gurmukh Singh of Mallunangal village.