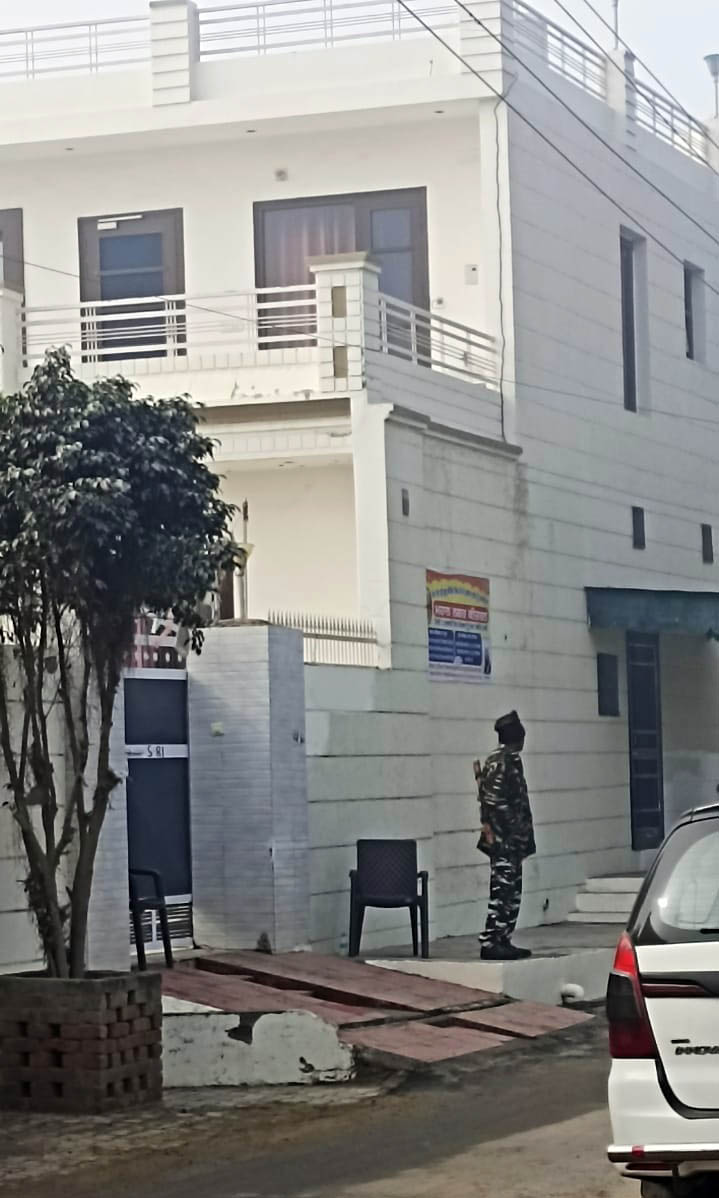 A commando outside Grewal's residence in Mahima Sawai.

Income Tax Department teams, accompanied by CRPF personnel, carried out simultaneous search operations at the houses and offices of Punjabi singers Kanwar Grewal and Ranjit Bawa today. The operation started around 9:30 am and was underway at the time of filing the report.

According to sources, Income Tax officials from Ludhiana led the operation to verify the alleged theft of tax by the singers based on numerous complaints. The operation was specifically to tally the actual earnings of the singers with the wealth disclosed by them.

Grewal’s song ‘Rihai’ was banned by the Ministry of Home Affairs. The song talked about releasing Sikh prisoners who had been languishing in jails for several years. I-T officials conducted the operation at his house in Taj Towers, Mohali, and another in Bathinda.

A similar operation was carried out at the residences and commercial properties of singer Ranjit Bawa in Chandigarh, Mohali and Batala.

The family members of the singers were not allowed to move outside. No visitor was also allowed. Officials said a media release, if any, would be issued later on if the operations detect some incriminating financial activity.

The I-T operations come in the backdrop of intense questioning of several Punjabi singers by the officials of the NIA on the ‘influence’ of gangsters in Punjabi music industry.