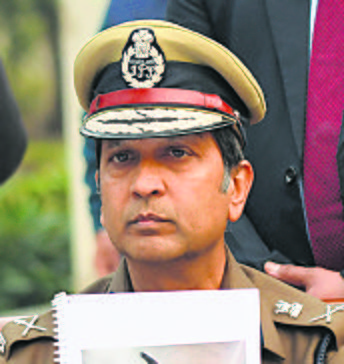 A day after drone was used to drop IED at the IAF base in Jammu, DGP Dinkar Gupta today directed the police and BSF officials to identify the areas with frequent drone movement from across the International Border. - File photo

A day after drone was used to drop IED at the IAF base in Jammu, DGP Dinkar Gupta today directed the police and BSF officials to identify the areas with frequent drone movement from across the International Border.

He held a high-level meeting with senior officials of the BSF and Punjab Police to chalk out a strategy to deal with the national security challenges posed by drones.

The DGP asked the officials to use the last two years’ data to narrow down and pinpoint the areas that were conducive to operation of drones.

He also discussed the installation of infrared CCTV cameras on the road network in border villages besides asking them to identify possible camera points in the vulnerable areas and roads leading to the International Border.

The DGP directed the Amritsar city Police Commissioner and SSPs of border districts to launch a crackdown on drug and weapon smugglers active near the Pakistan border. He directed them to identify hotspots infamous for drug smuggling in their areas concerned and launch suitable operations to nab those dealing in drugs. — TNS