In a first, milch cattle yield to be insured 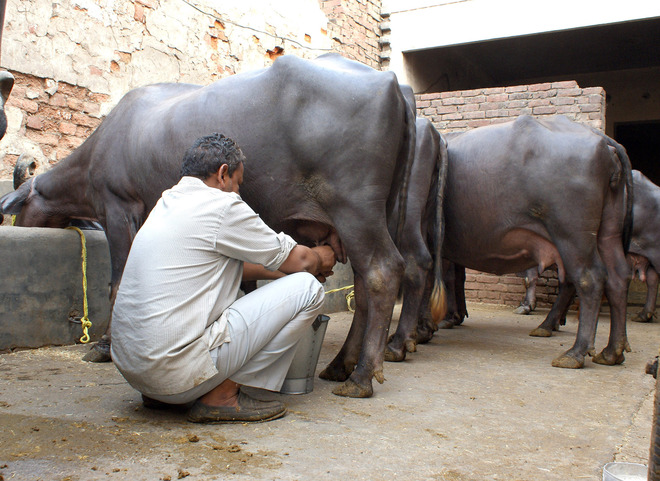 Punjab has become the first state in the country to implement a production-linked insurance for indigenous milch animals on a pilot basis. The weather-linked insurance will protect the income of small and marginal farmers by compensating them in case of loss in milk yield, which normally happens with the rise in temperature.

The product was recently launched on a pilot basis, covering 1,905 buffaloes in 270 villages of Bathinda, Ludhiana, and Tarn Taran districts. Once it is successful, it will be launched across the state and later on in other parts of the country.

Based on research, the period between April and September has been verified as heat stress period by the university. Lactating cattle experience stress when THI is more than 72 and severe stress when THI exceeds 88.

A premium of Rs 140 per animal is being charged from participants and in case THI breaches its limits an approximate amount of Rs 2,500 may be released to them as sum assured. According to 2019 livestock census, there were 38 lakh buffaloes and 24 lakh cows were in the state. The average daily milk production in the state is around 340 lakh litres.