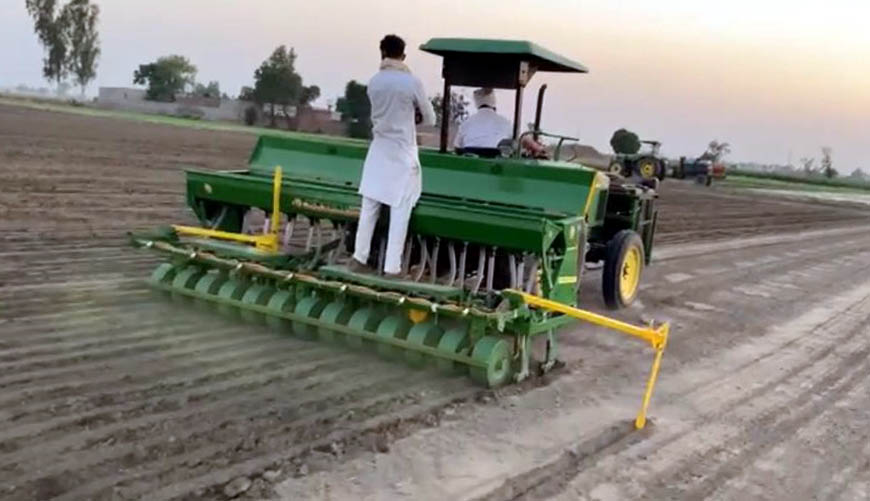 Officials of the Agriculture Department are facing problems in convincing farmers to opt for direct seeding of rice (DSR) in Chief Minister’s district Sangrur (including Malerkotla) to preserve depleting groundwater. Despite efforts of the government, the majority of the farmers are still not interested in DSR and they have opted for it only in 3,469 hectares against the last year figure of 30,741 hectares.

Last year, weeds became a major problem for farmers who opted for the DSR. The government did not offer any help. This is the reason farmers are shying away from the new technology this time. Gurmeet Singh, Sangrur farmer

During the 2020 paddy season, Sangrur and Malerkotla farmers had transplanted paddy over 27,680 hectares through the DSR while figure further increased to 30,741 during the 2021 paddy season. But during the current year, the figure has come down to just 3,469 hectares despite the announcement to give Rs 1,500 per acre as financial aid to farmers opting for DSR than conventional method of paddy transplantation.

“Last year, the weeds became a major problem for us after we opted for DSR and then government and officers did not offer any help. Like others, for me also, weeds are the main reason that I have not used DSR this year,” said Gurmeet Singh, a farmer from Sangrur.

During an interaction with farmers, it has come to light that apart from weeds, the lack of labour due to the Covid pandemic pushed farmers to opt for DSR last year. But this year, due to easy availability of labour and farmers, after suffering 20 to 22 per cent losses in wheat production, did not prefer DSR.

“Our teams visited various villages to convince farmers for DSR. But due to various reasons, farmers largely opted for conventional method and only 3,469 hectare has come under DSR till date in Sangrur and Malerkotla districts,” said Jaswinderpal Singh Grewal, Joint Director, Punjab Agriculture department