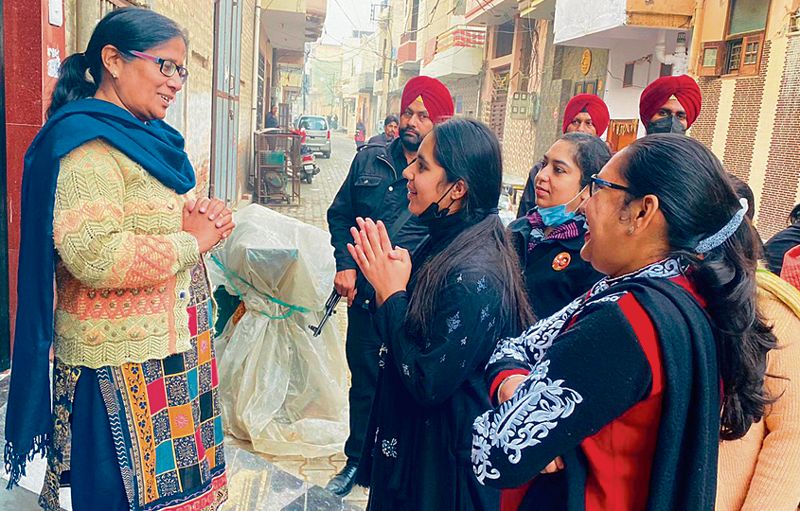 Elections are an occasion for the family members of some candidates to give up the comfort of their homes and hit the ground to seek votes for their loved ones. This time around, the daughters of two prominent leaders of Muktsar district are among those seen on the campaign trail, wooing the voters to re-elect their fathers to Assembly.

All of 15, Aekom seems to have learnt oratory from her father, a fiery leader who has carved a niche for himself in the home district of the Badals. Muktsar is traditionally seen as an Akali Dal bastion. Warring was awarded a Cabinet berth during the recent change of guard in the Punjab Congress regime.

Accompanied by security personnel and local Congress leaders, she moves from house to house, appealing to the residents with folded hands to help her father score a hat-trick. “I am seeking votes on the basis of my father’s report card. He has undertaken several developmental works in Gidderbaha segment,” says Aekom. The other girl shouldering her father’s campaign load is Khushmehar Kaur, daughter of SAD MLA from Muktsar Kanwarjit Singh Rozy Barkandi. “My father and his party have contributed immensely for Muktsar. He has stood by you through thick and thin. You must keep this on mind when you cast your vote on February 20,” explains Khushmehar to an elderly couple.