Agency sources refute allegations of high-handedness, saying the action launched on Tuesday was undertaken by following 'due legal procedures and no personal comments or individual threats were made' 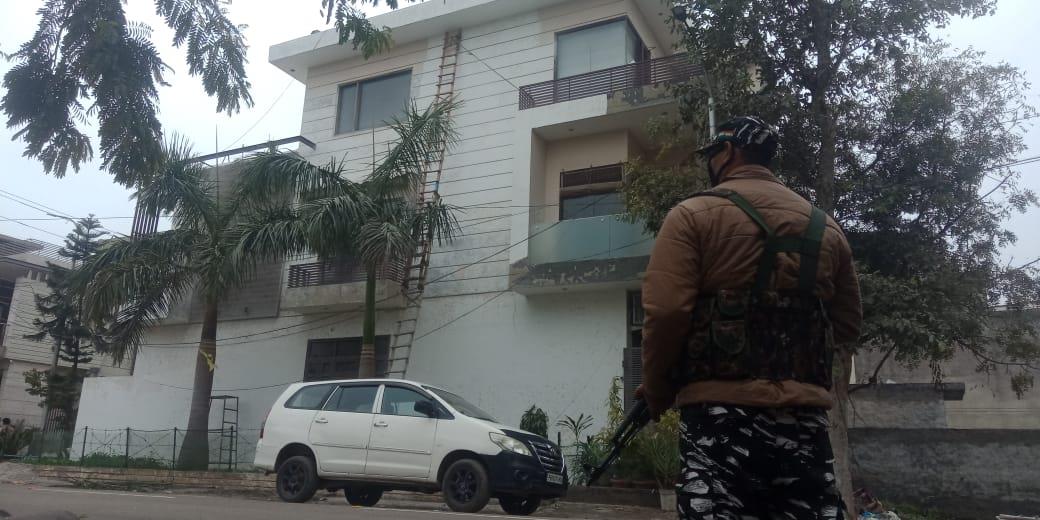 Another Rs 2 crore had been seized from the premises linked to one Sandeep Kumar. Tribune photo

The ED on Wednesday said it has seized cash amounting to over Rs 10 crore, including about Rs 8 crore from a relative of Punjab Chief Minister Charanjit Singh Channi, during raids conducted in connection with an anti-money laundering investigation against illegal sand-mining operations in the poll-bound state.

In a statement, the Enforcement Directorate (ED) said “incriminating” documents related to “illegal” sand mining and property transactions, mobile phones, gold worth more than Rs 21 lakh and a Rolex watch worth Rs 12 lakh were also seized during the searches that ended on Wednesday.

Agency sources also refuted allegations of high-handedness during the raids, saying the action launched on Tuesday was undertaken by following “due legal procedures and no personal comments or individual threats were made”.

They said most of the documents related to the sand-mining business and about Rs 8 crore cash were seized from the premises linked to Bhupinder Singh alias Honey, a nephew of Channi.

Cash amounting to about Rs 2 crore was seized from the premises linked to a a man identified as Sandeep Kumar, the sources said.

The federal probe agency is expected to soon summon the people covered during the searches for a fresh and detailed round of questioning.

Preliminary questioning of those covered in the raids was done over the last 24 hours, the sources said.

Reacting to the raids, Channi had told reporters on Tuesday that relatives of West Bengal Chief Minister Mamata Banerjee were raided during the Assembly polls in that state and the “same pattern” is being followed by the ED in Punjab to “pressure” him, his ministers and Congress party members.

“We are ready to handle the pressure,” he had said, adding that he had no links with the raids.

Opposition parties in Punjab had earlier linked Channi with the dealings of Honey, which the chief minister had denied.

The ED filed a criminal case under the Prevention of Money Laundering Act (PMLA) to probe these instances linked to alleged sand mining in November last year.

The ED case is based on a 2018 FIR lodged by the Shaheed Bhagat Singh (SBS) Nagar police that pressed charges under various sections of the Indian Penal Code (IPC) and the Mines and Minerals (Regulation of Development) Act, 1957.

The FIR mentioned that a team of officials from the mining department, the civil administration and police carried out a “surprise check” on March 7, 2018 on the basis of a complaint received at Rahon, SBS Nagar police station regarding illegal sand mining.

“It was found that several mines were being excavated by various machines and mining was being carried out beyond the designated area.

“The seized tippers and trucks were also found to be overloaded with sand. The seized weighment slips having office stamps had actually not been issued by the office concerned and were forged,” it said.

Subsequently, the mining operation at the Malikpur mining site and the process of approval of weighment slips were stopped by the team, the agency said.

According to the police FIR, apart from Malikpur, illegal mining activities were also being carried out at Burjtahl Das, Barsal, Lalewal, Mandala and Khosa.

“On the basis of the information available, investigation was initiated against the mentioned mine owners and their associates in order to ascertain the money-laundering activities undertaken by them for laundering their proceeds of crime.

“Further investigation in the case is ongoing,” it said.

The 117-member Punjab Assembly will go to polls on February 20 and the counting of votes will be taken up on March 10. PTI