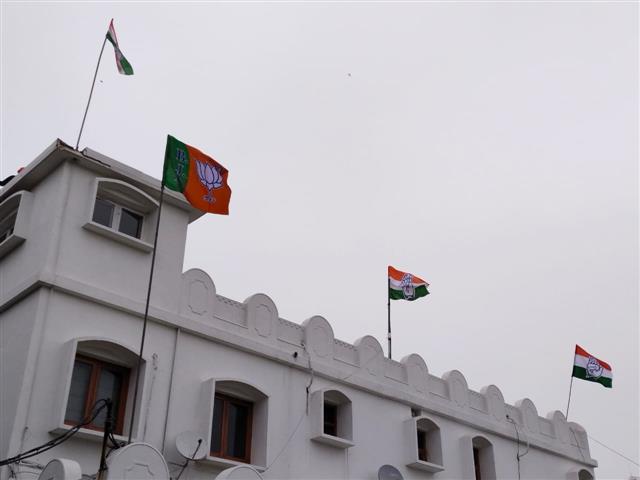 With the Bajwa brothers owing allegiance to different political outfits, passersby are amused at the curious sight of four flags, two each of the Congress and the BJP, fluttering atop the roof of their ancestral house.

His younger sibling and sitting Qadian MLA Fateh Jung Singh recently joined the BJP after he was denied the ticket from his home turf.

Internal wrangling is not new to the family. In 2009, Partap Bajwa was elected MP from the Gurdaspur parliamentary seat. In the 2012 Assembly polls, his wife Charanjit Kaur Bajwa was allotted the party ticket despite objections raised by Fateh Jung. Enraged, he left Qadian and drove straight to Sri Hargobindpur to back Congress candidate Balwinder Laddi. In 2017, Fateh Jung successfully contested from Qadian.

A few months ago, when Partap Bajwa declared his intention of contesting the Assembly polls, he chose the Batala seat to make a comeback to state politics. He did so because his brother was the sitting legislator from Qadian and it would have been difficult to dislodge him.

However, in December, PCC chief Navjot Sidhu at a rally at Kahnuwan, which is part of the Qadian seat, declared Fateh Jung’s candidature. Days later, Partap Bajwa declared himself as the nominee from Qadian even as the Congress election committee was yet to take a call. Fateh Jung quit the Congress and joined the BJP.