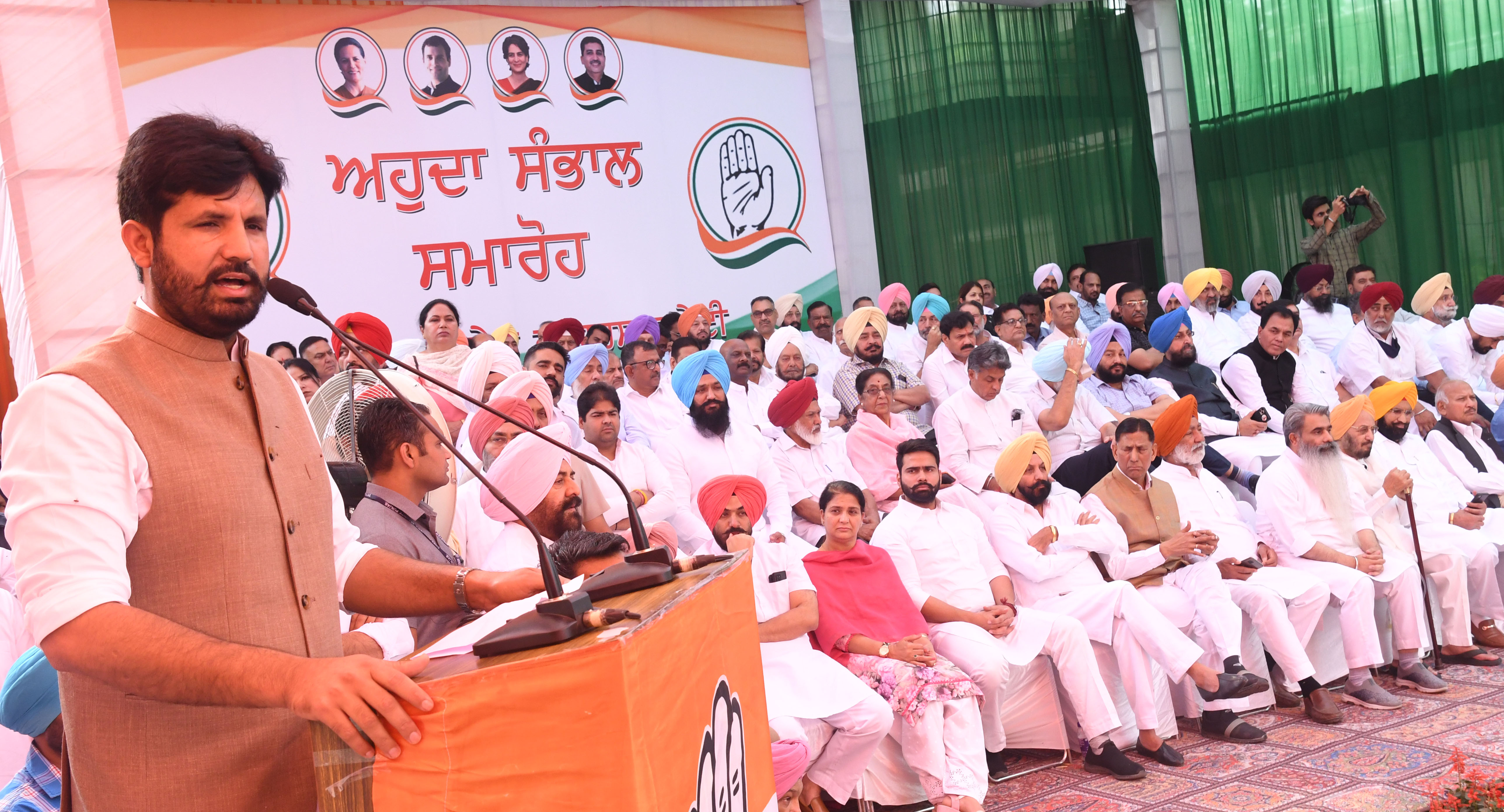 Those weakening party to face action

Everyone has the right to raise their voice, but only within the party lines. If anyone works to weaken the party, action will be initiated. — Raja Warring, PCC Chief

Sidhu, the former PCC chief, made a “guest appearance” at his successor’s installation. Instead of sharing dais with other leaders at the main event, Sidhu waited in a room at the office for Warring to arrive and left minutes after congratulating him. This irked many senior leaders who said the former PCC chief should have shown grace by attending the entire ceremony.

In a departure, the former PCC chief was not among the speakers and only Warring and Ashu were to speak. This apparently prompted Sidhu to leave the venue. Warring, along with working president Bharat Bhushan Ashu, took oath in the presence of senior party leaders, MPs, MLAs and hundreds of workers.

In his maiden speech, Warring gave a mantra of ‘3 Ds’ — dedication, dialogue and discipline — to strengthen the party. “It won’t be a person-centric, but a worker-centric party.”

Replying to media queries, Warring said a divided house weakened the party. On being asked about rebellious tones of his predecessor, Warring said: “I won’t comment on it. But we need to bring in discipline.” He said now that he had assumed charge, he would ensure discipline in the party. He said the PCC office-bearers would be finalised within a month. —