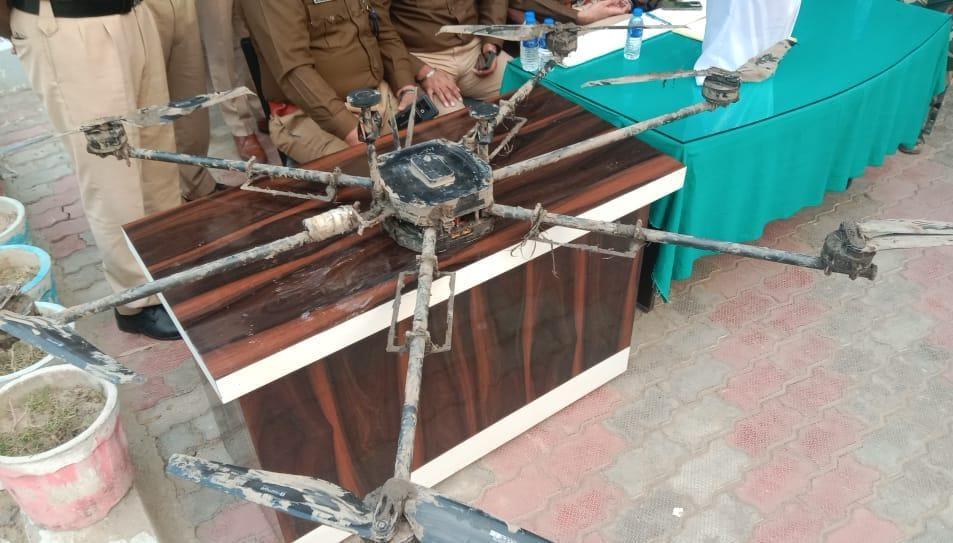 The Khemkaran police and the 101st Battalion of the BSF, in a joint operation in the Harbhajan Singh border outpost (BOP) area on Tuesday, seized a hexacopter and 6.68-kg heroin from fields in Kalash Havelian village.

The hexacopter drone reportedly has the capacity to carry huge payloads and can be programmed to return to a specific point after dropping a consignment.

According to them, the police had received information of the movement of the drone in the Khamkaran area which had come from Pakistan. Following this, the joint operation was launched with the BSF.

The search party found the drone and a bundle containing six packets of heroin from the fields of farmer Major Singh. A case under Sections 21-C, 23, 27-A, 29, 61 and 81 of the NDPS Act and 10, 11 and 12 of the Aircraft Act, 1934 has been registered. Forensic investigation is being carried out to know the route of the drone, an official said.