Paradoxically, informal trade between the two nations has been going on despite the embargoes — often via other countries, such as UAE. Border states such as Punjab have always been the worst sufferers in such a scenario compared to the states having proximity to sea ports as trade becomes economically unviable. Comparatively, exports from Punjab can reach Pakistan (through ICP-Attari) in much less time and at lower transport and trans-shipment costs. 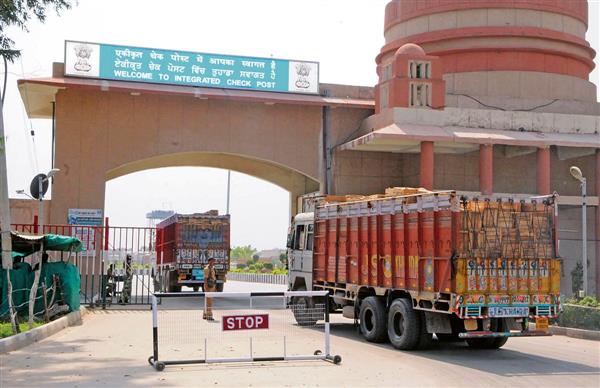 Way forward: India and Pakistan should work towards resumption of trade. 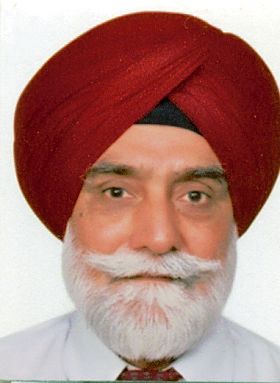 Though trade is an engine of economic growth, Indo-Pak trade also needs to be understood in its strategic politico-economic importance for both neighbouring countries. The relevance of the land route trade through the ICP-Attari, too, needs to be appreciated in this vein. Eventually, it has the potentialities to provide trade access to the Central Asia and Middle East, besides paving the way for developing friendly relations with neighbours, so important for India’s aspirations of becoming a superpower. Both countries should act and behave in a responsible manner and keeping in view the larger interests of their citizens, they should resume trade at the earliest possible, notwithstanding their political animosity.

The strengthening of trade has huge potential for growth and employment not only for Punjab (border and landlocked state) but also for the north-west India. It is equally true for Pakistan’s Punjab.

Immediately after Independence, India and Pakistan had a huge stake in each other’s trade. However, over time, their bilateral trade witnessed a drastic decline, mainly because of the fear psychosis. Their trade relations have always been subject to a faceoff between economic rationality and politico-security rationality and the latter has always been the deciding factor.

The nine-year trade embargo, driven by the three-week war in 1965, supports such a perception. In the process, they lost an opportunity to reap the benefits of their huge trade potentials. The current trade embargo — virtual embargo in February 2019 when India imposed a 200 per cent customs duty and Pakistan imposed a trade embargo in August 2019 — is also a manifestation of their hostile political relations.

According to a World Bank report (2018), the bilateral annual trade potential between India and Pakistan is to the tune of $37 billion. In my PhD thesis (1985) on Indo-Pak trade, I estimated that in 1995, their bilateral trade should have been around $7 billion. However, their actual trade was just around $2.56 billion in 2018-19. Around 25 per cent of it is taking place through the ICP-Attari. Just imagine how much gains would have been there even if half of the World Bank estimated trade-potential could have been realised.

Paradoxically, informal trade between the two nations has always been there despite the trade embargoes — often via other countries, such as the UAE. The border and landlocked states, such as Punjab, have always been the worst sufferers in such a scenario as trade originating from Punjab and its neighbouring states becomes economically unviable as compared to the states having proximity to sea ports.

Exports originating from Punjab can reach Pakistan — through ICP-Attari — in much less time and at a much lower transport and trans-shipment costs as compared to the sea ports and via a third country. The same is applicable to imports from Pakistan.

A study by the Centre for Research in Rural and Industrial Development (CRRID), completed in August 2020, revealed that the current trade embargo has had a significant adverse impact on Punjab’s economy. To disseminate the findings, we organised a webinar on September 14, in which 13 panellists comprising eminent scholars, diplomats, industrialists, exporters/importers from India and Pakistan expressed their views. Besides, about 75 other participants from the academia, civil society, traders and students attended the webinar. All panellists and participants advocated that the adverse political relations should not come in the way of normal trade relations as the latter can, rather, help normalise political ties.

We were expecting active participation of MLAs and MPs of Punjab as 41 MLAs and all 20 MPs were invited to the webinar, but no one, except one MLA, responded. Their presence at the webinar would have sent a positive message to the stakeholders, besides empowering them to formulate a collective and affirmative strategy to prevail upon the Union Government.

Entrepreneurs, truck owners and traders are unable to repay the installments of loans. A large number of truck owners had to sell their trucks at a much lower price to repay the loans and many trucks are lying idle and getting depreciated. The parents had to withdraw children from private schools, the seriously ill people are suffering for want of treatment, and many are facing mild to serious depression.

Based on these moderate estimates, the total income loss comes out to be Rs 2,104 crore during the last 18 months of trade curbs and embargo. This, however, does not include the financial loss to the manufacturers-cum-exporters and truck owners whose investment has been rendered idle, besides maintenance cost. Leaving aside the government revenue, most of the income loss is to the stakeholders in Punjab. The consequent operation of inverse-multiplier is aggravating the losses.

Some small-scale manufacturers of agricultural implements in the Malwa region of Punjab had to forego the export of straw reapers to Pakistan — worth Rs 60 crore per annum, with a huge potential in future as the product is in high demand — because of the trade embargo. Exporters of cotton (Nahar Spinning Mills and Vardhman Group) are also suffering from an unused capacity of specially designed spindles of particular counts, suiting the requirements of Pakistan importers.

Direct employment of nearly 12,000 workers (including 2,500 porters, 1,000 drivers and cleaners), in addition to a huge indirect employment, have gone because of the trade curbs. Thousands of families have lost their livelihood. Needless to say, the Covid-19-driven lockdown must have pushed them into a more vulnerable situation.