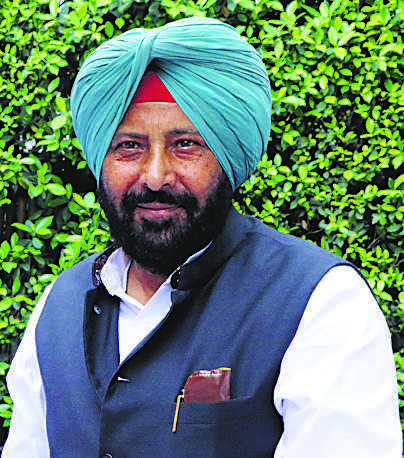 As today the entire leadership went to Sangrur for the filing of papers by its new entrant Kewal Dhillon, BJP leaders somehow felt sidelined with new leaders getting more prominence at the event. - File photo

Even as the BJP is rejoicing at bringing top leaders of the Congress into its fold, leaders and workers who have been with the saffron party for years are now feeling dejected.

As today the entire leadership went to Sangrur for the filing of papers by its new entrant Kewal Dhillon, BJP leaders somehow felt sidelined with new leaders getting more prominence at the event.

“Many of them who have joined us barely two days ago were made to sit in the front row on the stage. Sunder Sham Arora, Raj Kumar Verka, Balbir Sidhu and other leaders who have just joined the party have even been delegated the duties as incharges of one each from nine Assembly segments of Sangrur. The party is trusting them more than its own men,” said a disillusioned senior BJP leader.

Prior to the joining of Dhillon and four former ministers, former PCC chief Sunil Jakhar, former minister Rana Gurmit Singh Sodhi, Nimisha Mehta and many other Congress workers had joined the BJP.

The biggest heartburn in the BJP is learnt to be for its ex-minister Tikshan Sud, especially after the entry of Arora. Both have fought the Hoshiarpur Assembly poll against one another four times since 2007. Sud had last year even raised the issue of an alleged land scam of Rs 450 crore in Mohali and even demanded a CBI and ED probe against Arora. The BJP already has Avinash Rai Khanna as a prominent leader from the seat, with infighting set to affect the party.

BJP leaders say the culture of the two parties is starkly different. “The leaders who have joined us first need to be taught how to give more space and respect to the existing leadership,” said a BJP ex-MLA.

Chandigarh: Targeting former PCC chief Sunil Jakhar, now in the BJP, Congress leaders on Monday said with the switchover he had compromised on his principles. PCC chief Raja Warring tweeted pictures of Jakhar and Rana Gurmit Singh Sodhi sharing the stage. He said: “Not just strange, opportunism makes sulking ‘stage fellows’, as well.” Former Deputy CM Sukhjinder Randhawa tweeted: “Jakhar saab, look what change in the party can do. Make you sit with the man you had such "high views" about."