Investigations still on, no clean chit to anyone including Dera head in Bargari sacrilege case: SIT chief Parmar : The Tribune India

Investigations still on, no clean chit to anyone including Dera head in Bargari sacrilege case: SIT chief Parmar 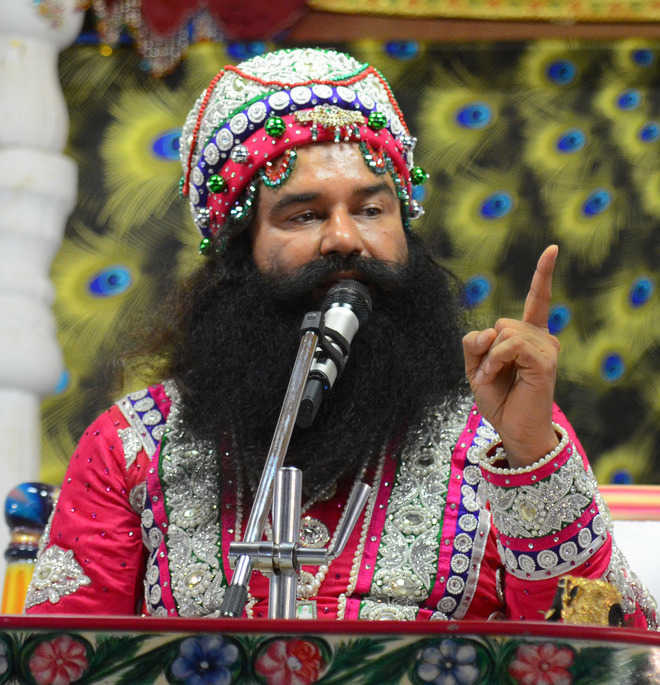 Asserting that the investigations in the cases of sacrilege of Sri Guru Granth Sahib were moving fast in the right direction, Special Investigation Team (SIT) chief SPS Parmar has denied a clean chit to Dera head Gurmeet Ram Rahim or anyone else, rejecting claims to the contrary as malicious social media propaganda.

Reacting to comments by various groups and individuals in sections of the media, the SIT chief stated that nobody is above the law and if evidence is found against anyone at any point during the ongoing investigations, due action would be initiated against such persons as per the law of the land.

Investigations into the three cases pertaining to Bargari and Burj Jawahar Singh Wala are still open, Parmar underlined, pointing out that as per challan of FIR number 128 of 2015 police station Bajakhana, it is clearly mentioned that if and when any evidence comes against anyone in these sacrilege cases, he/she shall be brought to book and supplementary challans shall be presented against those who figure at any point during the ongoing investigations which were launched by the present SIT after the return of case filed by end of February, 2021.

Cautioning against the spread of false and irresponsible information regarding this emotive case, the SIT chief urged the media and the citizens to exercise due restraint before publishing any unconfirmed report or making any unwarranted allegations against anyone.

Dera Sacha Sauda head was named as accused in FIR No. 63 of 2015 of PS Bajakhana, Parmar said, adding that in this case too, investigation is underway by the same SIT and nobody has been given clean chit.

Pertinently, the special SIT, constituted to investigate sacrilege cases, had last Friday filed the first challan in a case of sacrilege/desecration under FIR 128/2015 before the court of JMIC Faridkot against six accused arrested.

The next court hearing is fixed for July 20.

All of them, as per the investigation carried out by the SIT, are the actual executors of the crime.

Three more accused, namely Harsh Dhuri, Sandeep Bareta and Pardeep Kler, who are already POs in FIR No. 63 dated June 2, 2015 U/S 380, 295-A, 414, 451, 201, 120-B IPC PS Bajakhana, are evading arrest and need to be arrested in the cases. It is upon their arrest that the whole conspiracy is likely to unravel. Role of any other accused shall also be clarified and established during further investigation, the SIT chief added.