With Sidhu in, signs of fresh trouble begin in Congress 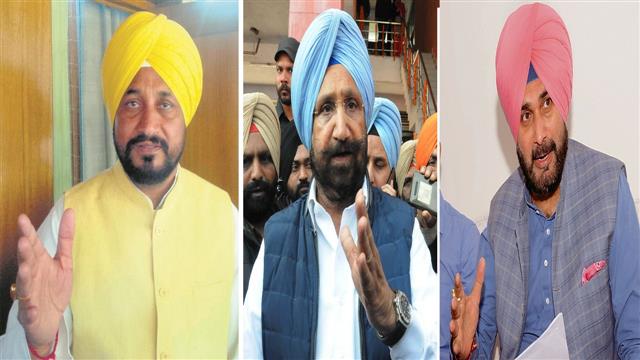 The decision to involve Congress leader Navjot Singh Sidhu in the decision-making process on the government has not gone down well with leaders of the Majha brigade, who are a part of the Channi-led government.

It is learnt that Home Minister Sukhjinder Randhawa, who is part of the Majha brigade involved in toppling Capt Amarinder Singh, is not comfortable over Sidhu interfering in Home Affairs.

Sources said it was more of a credit war as to who scores the brownie points in pushing party’s agenda on sacrilege and police firing cases.

In the coming days, it would be interesting to see as to how things unfold with CM Channi, Sidhu and Randhawa not being on the same page.

Also, as Amarinder has decided to say goodbye to the Congress, political compulsions seem to be in favour of Sidhu.

“As Amarinder has announced to leave Congress, the party cannot afford to lose Sidhu. It would reflect on the Gandhi siblings. Moreover, Amarinder would try to pull down Sidhu and the Congress. This has forced the party leadership to accede to Sidhu’s contention,” said a senior party leader.