Sunil Jakhar: Out of active politics, not Congress : The Tribune India

Sunil Jakhar: Out of active politics, not Congress 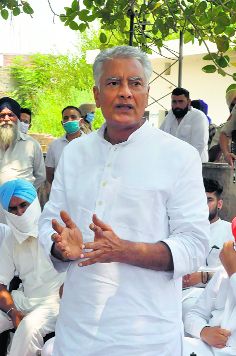 Former PCC chief Sunil Jakhar has said he has quit electoral politics but will continue to remain with the party. “I am out of active politics as I am not contesting the Assembly polls. But I am very much part and parcel of the Congress,” Jakhar said.

Replying to a query on whether he would continue to be in politics, he said he had decided to quit active politics over “unsavoury politics” by certain top leaders on the basis of caste and religion. A few days ago, Jakhar had claimed 42 MLAs wanted him to be the chief minister after the exit of Capt Amarinder Singh.

Jakhar was among the frontrunners for the top post, but the party preferred Charanjit Singh Channi, who became the first Dalit CM of the state. Jakhar’s nephew Sandeep Jakhar is contesting elections as a Congress candidate from the Abohar seat.