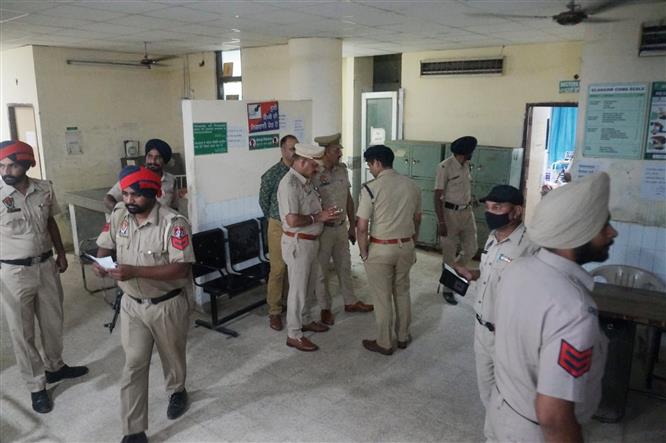 Following this, the DCP has been has been shifted.

Late in the evening, Gursharan Singh Sandhu, Commissioner of Police, said, “DCP Dogra has been shifted to the Punjab Armed Police (PAP) Headquarters in Jalandhar.”

While Arora favoured a tyre shop owner, Dogra backed a cloth merchant. Later both sides met at a media house building to reach a compromise. But, things got worse as there were reports of both sides using abusive language and manhandling each other.

DCP (Investigation) Jaskiranjit Singh Teja came to the DCP’s help while supporters of Arora, including MLA Sheetal Angural, also reached the spot. The arguments between the two sides continued till the wee hours of Thursday after which both MLAs and their supporters sought lodging of an FIR against the DCP. They had to be falsely convinced that an FIR under Section 307 of the IPC and the SC/ST Act would be lodged.

Also, the videos of the incident have gone viral. The MLA’s supporters reportedly reached the local Civil Hospital and pressed a doctor to issue a medico-legal report. In a fit of rage, they even smashed a glass door, following which the hospital staff had to call the police for help.

Condemning the incident, Leader of the Opposition Partap Singh Bajwa put out a series of tweets. “This is the sorry state of affairs under the AAP government where the life of even a senior police officer is not safe. What to say of an ordinary man’s safety and security.” He slammed the two AAP MLAs. “The conduct of these MLAs is already well-known as they are habitual offenders of law.”

Meanwhile, Congress leader Sukhpal Khaira tweeted, “AAP MLA fought with a DCP over a petty property dispute in Jalandhar due to his vested interest. Do you think such MLAs will deny Rs 25 crore offered under the so-called ‘Operation Lotus’. This operation is a creation of Arvind Kejriwal.”

DCP Teja, however, said no FIR had been lodged in the case so far. Late in the evening, the DCP and the MLA reached a compromise.