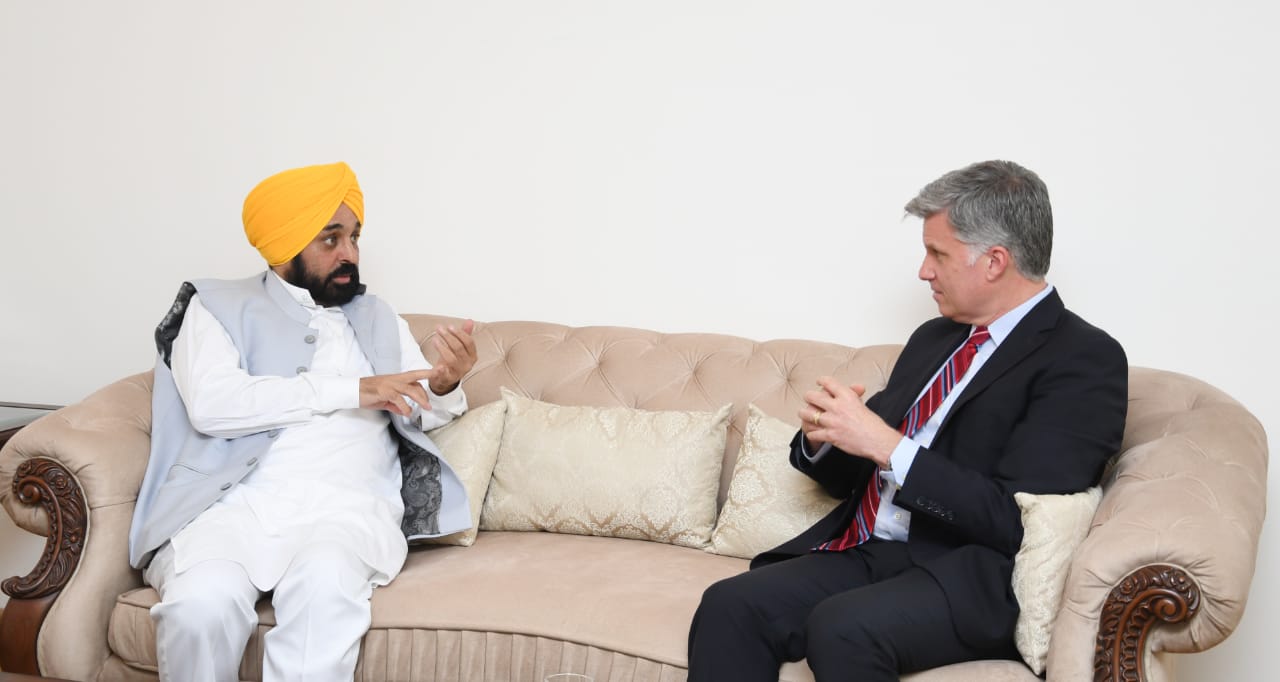 Chief Minister Bhagwant Mann today sought support from the Canadian government in nabbing gangsters operating from its soil. The Chief Minister flagged the issue with Canadian High Commissioner Cameron Mackay, who called on him at his residence on Friday.

This comes in the wake of the recent killing of singer Sidhu Moosewala, for which Canada-based gangster Goldy Brar, linked to the Lawrence Bishnoi gang, has claimed responsibility.

The Chief Minister expressed concern over the mushrooming of gangs and gangsters in both countries. Mann informed the Canadian High Commissioner gangsters operating from Canadian soil were disturbing hard-earned peace of the state. He said besides creating law and order problems, the gangsters were trying to derail the progress of the state.

Advocating harsh punitive action against the gangsters, CM Mann said they should be punished under the most stringent provisions of law so that it acted as deterrent for others.

The Chief Minister, while batting for joint police operations between Canada and Punjab, said it was the only way “to free both these lands from gangsters”.

He apprised the High Commissioner of the glorious tradition of the Punjab Police in upholding law and order in hostile situations, adding if modern police force of Canada cooperated with the state police, gangs could be weeded out with ease.

The Chief Minister asked the High Commissioner to explore the feasibility of having a direct tie-up between the police forces of Punjab and Canada to put gangsters behind bars. He said it had become imperative as gangsters and their actions were posing a serious threat to life, economy and society in both countries, as he hoped for robust cooperation between the two.