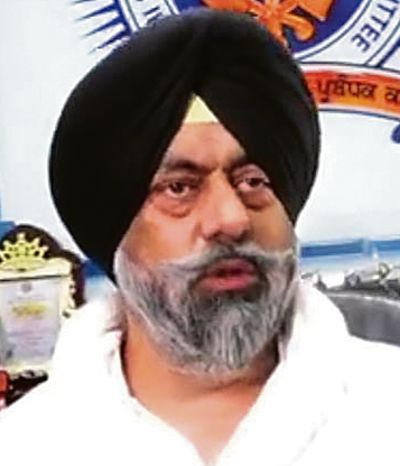 He said the decision was taken unanimously with 26 other members of the DSGMC belonging to the Akali Dal. The party had won the DSGMC elections with 27 members out of 47.

In response, the SAD convened an emergency meeting in the afternoon and expelled Kalka from the party membership while dissolving the Delhi unit of the party. SAD senior vice-president Prem Singh Chandumajra said an ad hoc committee under ex-president Avtar Singh Hit will run the unit until a new organisation is announced.

In Punjab, Bathinda Urban candidate and ex-MLA Sarup Chand Singla resigned from the party. He alleged the Badal family helped their cousin and Congress leader Manpreet Singh Badal in the elections. Both Singla and Manpreet lost the seat to the Aam Aadmi Party.

Two Akali leaders and members of the Shiromani Gurdwara Parbandhak Committee (SGPC) Baldev Singh Chunga and Kiranjot Kaur have also revolted against the party leadership calling for an end of rule of the Badal family. They alleged the Akali Dal had suffered due to the wrong policies of the Badal family, including ignoring the demands of the Sikh Panth and joining hands with deras. They demanded change of leadership of the party.

Kalka in a press conference in Delhi earlier today said he would soon announce a separate Akali Dal for New Delhi which would only focus on religious affairs. “We are distancing ourselves from the SAD as it failed to take up the issues of the Sikhs and the farmers.” He said though the new unit would be religious, the members would be free to contest elections of their choice.