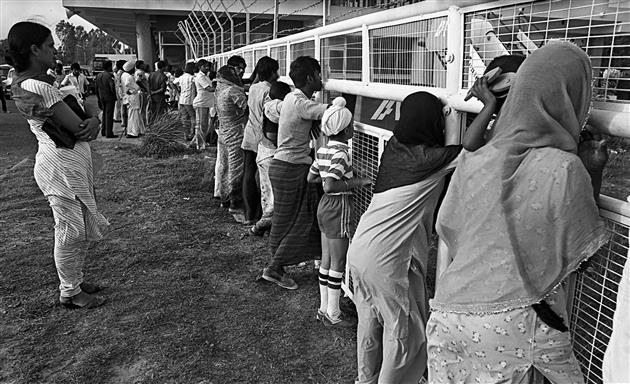 Relatives watch the arrival of a Boeing 737 aircraft carrying the bodies of the bombing victims at Chandigarh airport on July 2, 1985. File

With the killing of Canada-based businessman Ripudaman Singh Malik on Thursday, a chapter in Punjab terrorism and the Khalistan moment has come to a close. However, questions on the alleged shoddy investigation by the Canadian police leading to the acquittal of the accused are left unanswered.

The 1985 explosion killed more than 300 passengers on board. Among several accused, only Inderjit Singh Reyat was convicted. Malik and Talwinder Singh Parmar were the main suspects, but they were not convicted because of lack of direct evidence.

Canadian Supreme Court Justice John C Majors, in 2016, had said the investigation was shoddy because of a cascading series of errors by the police. He had also said that despite intelligence reports, the police could not prevent the incident and later could not gather evidence to prove the case.

Salim Jiwa, a Canadian journalist in his book on the subject, also said Malik and other suspects got the benefit of doubt. He also blamed the Punjab Police for not helping in the matter.

Suspect Talwar was allegedly killed in a police encounter later in Punjab. Jiwa wrote that the Punjab Police lost an opportunity of interrogating him and that they could have extracted truth from him.

It was alleged that Malik and Ajaib Singh Bagri had arranged the bombs and detonators to blow off the plane. The two were arrested in 2000 and, subsequently, the trial started. They were charged with 329 counts, but Reyat said he did not remember who was involved.

They were in jail for four years. On his acquittal some years later, Malik sought compensation of more than six million dollars but was denied.