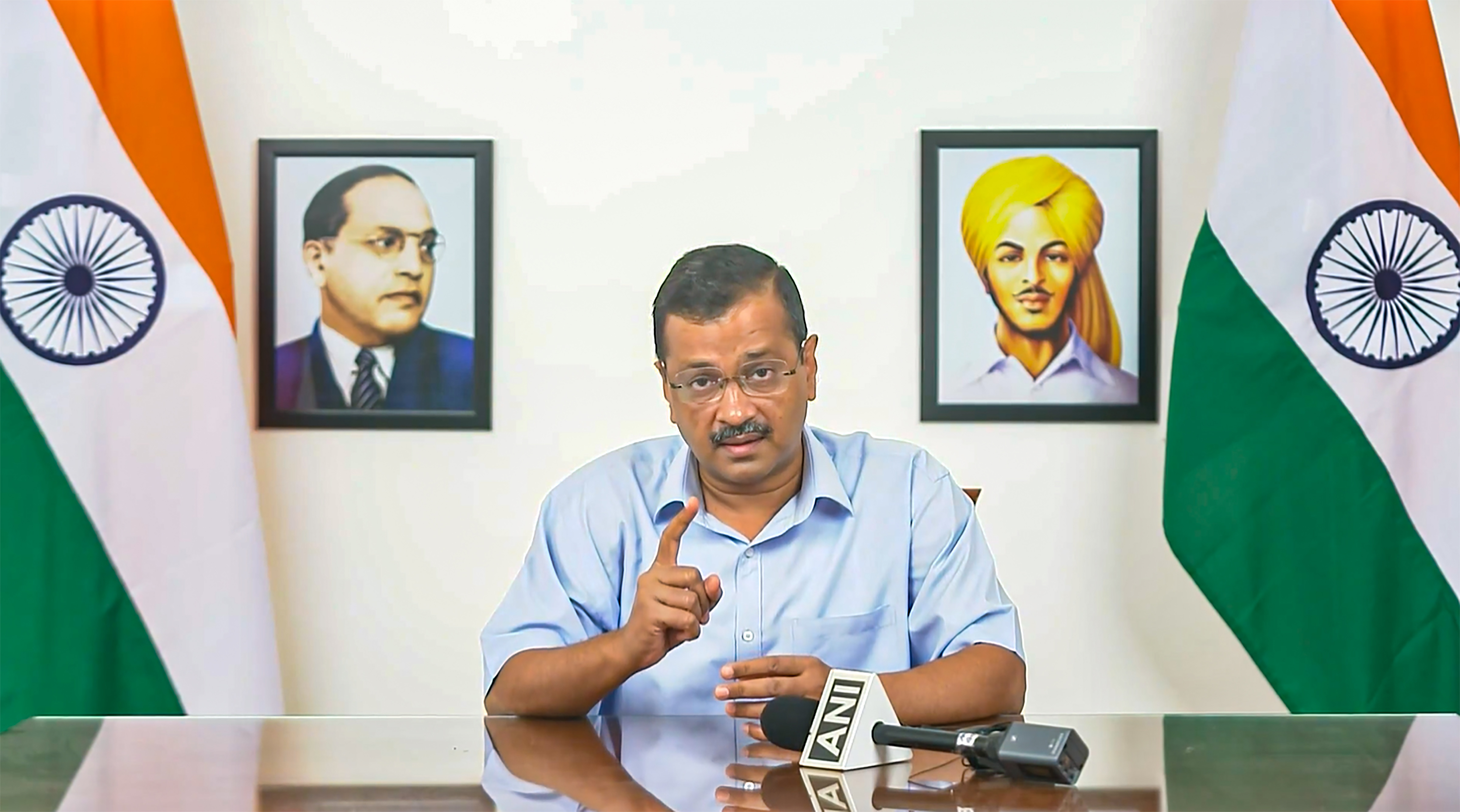 AAP Supremo Arvind Kejriwal today lambasted the Opposition parties in Punjab for playing politics over the murder of singer Sidhu Moosewala. This is the first time that the AAP national convenor has commented on the issue, which has created ripples in Punjab.

The statement has been given after the Punjab Chief Minister Bhagwant Mann had gone and met the family of the slain singer earlier in the day. Earlier, on the day of the gruesome murder, Kejriwal had tweeted saying that the guilty would be brought up book.

In this statement today, Kejriwal countered the Opposition narrative against his party’s government of being unable to deal with the worsening law and order situation. He praised his party’s government in Punjab for effectively dealing with the earlier incidents of clash at Kali Mata Mandir in Patiala and the bomb blast at the state Intelligence Headquarter at Mohali. He urged the Opposition parties not to indulge in politics over the incident.

Both Congress and Akali Dal leaders have been attacking the Punjab CM Bhagwant Mann since his visit to Musa village, accusing him of meeting the father of Sidhuu Moosewala, while being surrounded by cops in civvies.

What a performance CM @BhagwantMann ! First snatch security, boast about it & let shooters kill an innocent son of a mother & then make a mockery of the bereaved parents' pain & express fake concern amid tight security! @PunjabPoliceInd @PunjabGovtIndia 1/2 pic.twitter.com/UzLhIknJOB

Earlier in the day, Aam Aadmi Party had outrightly blamed the Congress party for trying to stall the visit of the Chief Minister Bhagwant Mann to Musa village, to express his condolences with the bereaved family of singer Sidhu Moosewala.

Party chief spokesperson Malwinder Singh Kang alleged that it is sad that when CM Mann was trying to go there, the Congress party leaders, including former MLA, was unnecessarily creating trouble.

“Entire Punjab is watching how Congress is playing dirty politics on such a sensitive issue. People of Punjab will not forgive them,” he said.

Kang also added that though the Chief Minister Mann, as head of the state, was trying to meet the family and was doing all within his powers to ensure that the culprits are caught, the Congress was busy playing politics over the dead.

Several other party MLAs - Jeevanjot Kaur, Dinesh Chadha and Manwinder Giaspura too had taken to the social media to charge Congress of playing dirty politics over the issue.