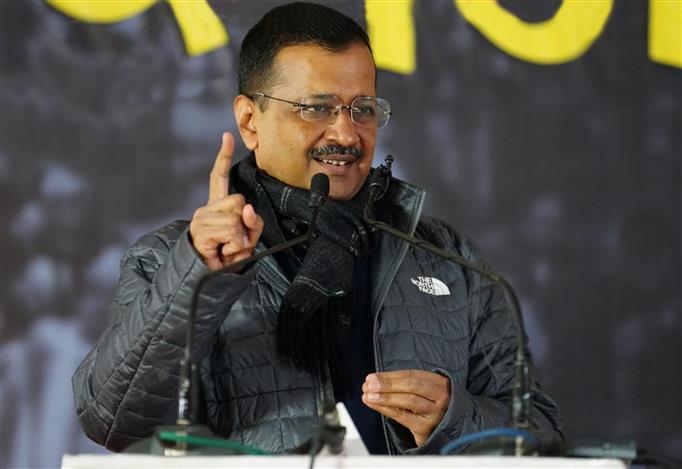 As part of AAP’s strategy to consolidate election campaigns in poll-bound Punjab and other states, party’s national convener and Delhi Chief Minister Arvind Kejriwal has directed that only local leaders should lead the campaign in their respective areas. This measure comes on the back of fresh assessment by poll managers of the party this week about approach and progress of its election campaigns.

In effect, the diktat forbids senior leaders and activists from outside who take part in the election campaigns from taking the centre stage in any manner. The directive expressly is to leaders from outside the state concerned to avoid making statements or views to media.

A source in the AAP said the measure is to dispel any impression among voters that leaders from outside in the poll-bound state were trying to influence the elections.

The view in AAP circles is that the party had to pay the price in the last Assembly elections in Punjab, even though it was in a good position, owing to this factor.

The party had fallen short to rectify the impression among people of the state that the party was not in sync with local issues.

The wide-ranging view in the AAP is that the opponents in Punjab were successful in creating distrust among the populace about the intentions of the party, which it could not counter.

Hence, the party took a corrective measure by declaring Bhagwant Singh Mann as the chief ministerial face. Sources say the AAP in all probability will activate its supporters-residents in Delhi to canvass with their relatives and friends in Punjab to vote for the party.

Meanwhile in Jalandhar, promising an honest government, the AAP supremo today said there had been no justice in sacrilege or drugs cases in Punjab so far as “everyone” is involved in protecting the culprits.

Targeting CM Charanjit Channi and SAD leader Bikram Singh Majithia, Kejriwal while addressing a gathering at the townhall in Adampur termed the recent FIR against the Akali leader a sham and asked people whether those facing charges of sand mining and drugs could protect the state. “People should rather opt for the AAP’s ‘kattar imandaar sarkar’ (fiercely honest government),” he said.

Earlier, addressing a meeting at Phillaur, Kejriwal said: “Have any of those committing sacrilege incidents been punished? Why? Because the perpetrators and masterminds are all together. Had those behind the Bargari incident been punished, no one would have dared to commit sacrilege at Darbar Sahib. If the AAP government comes to power, it will ensure strict punishment to culprits so that there is no repeat of such incidents.”

Kejriwal took a pointed dig at Majithia and Channi, alleging: “Drugs are being sold openly as governments side with those behind it. They enact a drama. Channi is boasting about an FIR having been lodged. The FIR is part of the drama. Did you catch him? They are all in this together.” “If our government comes to power, this entire network of suppliers will be busted,” he claimed.