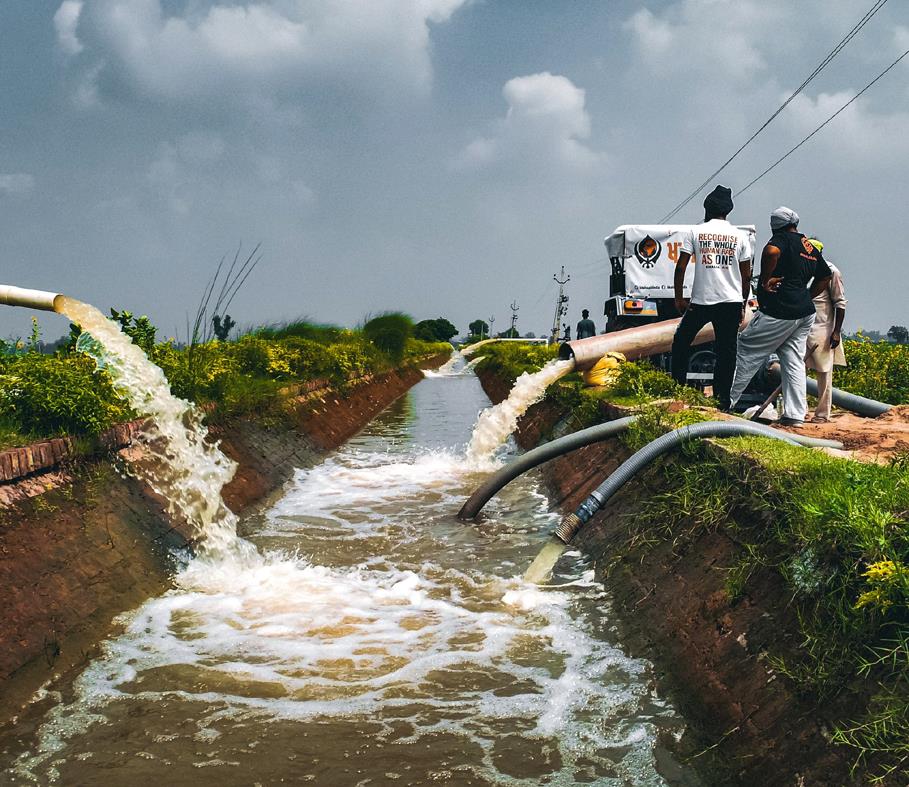 helping hand Khalsa Aid volunteers drain out water from a submerged field at a village in Muktsar district. Tribune photo

It’s been almost a month since the waterlogging started in Muktsar district due to rain, but the fields in a number of villages are still flooded with rainwater. In such a situation, international NGO Khalsa Aid is providing a helping hand to the affected farmers.

Volunteers of Khalsa Aid have not just installed some water extraction motors in the waterlogging affected villages, but have also done fogging to control mosquito breeding and distributed some essential items as well.

Impressed by their charity work, the villagers are now giving blessings to them. “The Khalsa Aid volunteers have done a good job to save the farmers. They have installed some motors in our and some nearby villages to drain out the rainwater,” said Tarlochan Singh, sarpanch, Baam village. He claimed that nearly 2,000 acres were waterlogged in the village, but now the rainwater has been drained out from nearly half of the area.

Similarly, Bhupinder Singh, panchayat member of Midda village, said: “Knee-deep water is still present in the fields, but the water level has come down at some places. The volunteers of Khalsa Aid have installed some motors to drain out the rainwater. The administration has cut some roads and the water from other villages has now inundated our fields.”

Gurpreet Singh, Chief Agriculture Officer, Muktsar, said: “Big lakes have developed in many villages due to rainwater. As per our fresh survey, the cotton crop has totally damaged on 6,200 hectares and paddy crop on 8,400 hectares in the district.”

Fields have turned into lakes. Cotton crop on 6,200 hectares and paddy crop on 8,400 hectares have been damaged. — Gurpreet Singh, chief agriculture officer, Muktsar