Kidnappers demanded Rs 50 lakh ransom for release of the victim, who was held in sedated condition, said police 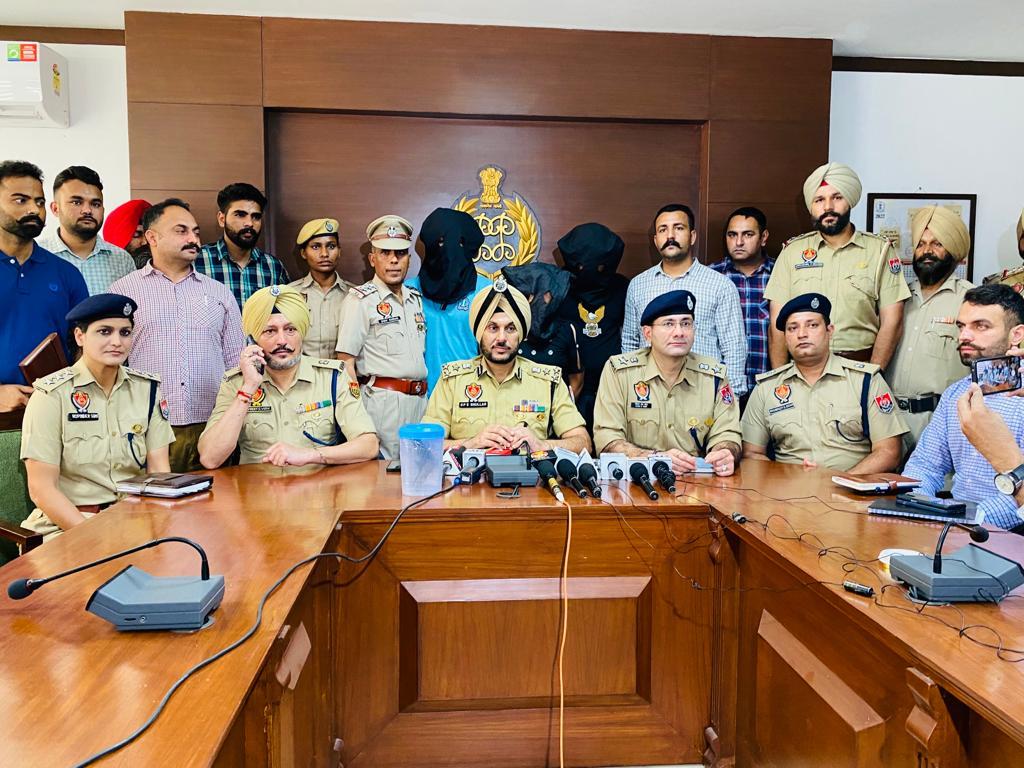 The Punjab Police on Friday cracked the kidnapping case of a Kharar youth in less than 48-hours after arresting three accused persons who had honey-trapped him.

DIG AGTF-cum-Ropar Range Gurpreet Singh Bhullar said the police teams have safely rescued the victim, identified as Hitesh Bhumla, an engineering student, who was held captive in sedated condition at a rented accommodation in Ranjit Nagar, Kharar. The kidnappers were demanding Rs 50 lakh as ransom from the parents of the boy.

Those arrested have been identified as Ajay Kadian (25) of Jattal village in Panipat, Haryana; Ajay (22) of Aabood village in Sirsa, Haryana; and Rakhi of Baroli village in Sonipat, Haryana. The police have also recovered one Honda City Car, five mobile phones and one .32 bore pistol along with nine bullets from their possession.

The DIG, while addressing a press conference, said that the police had received a complaint from Hitesh’s parents that that their son had gone missing and kidnappers are demanding Rs 50 lakhs ransom from them.

Acting promptly, the police teams have registered FIR under sections 364-A and 365 of the IPC at Kharar Police Station Sadar, and immediately different police teams were formed and an intelligence led operation was initiated, he said.

He said that the team led by DSP Gursher Singh, Incharge CIA Inspector Shiv Kumar, along with teams of CIA, Kurukshetra was able to nab the accused and recover the victim in early morning on Friday. District Police, Ambala, Haridwar and Ghaziabad were active in identifying and nabbing the accused, he added.

SSP Mohali Vivek Sheel Soni said that during investigation, it has been found that a girl named Rakhi had made fake social media profiles and after befriending the target on Instagram and Facebook, luring him into meeting her. “Upon meeting, she along with her accomplices kidnapped the victim and demanded ransom from his parents to release him,” he said. Further investigations are on, he added.