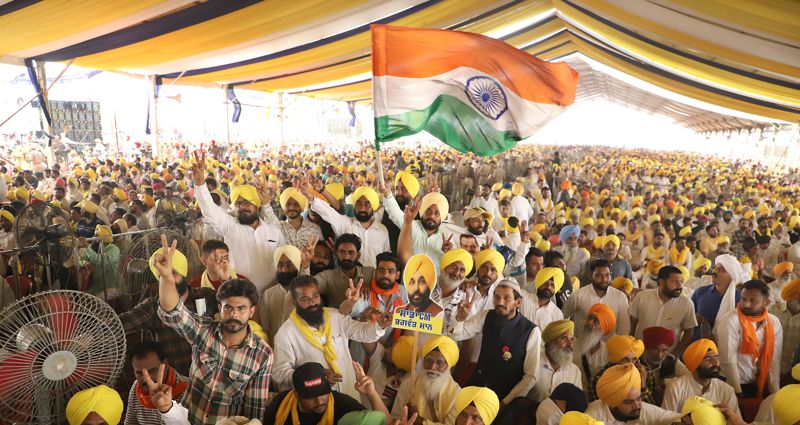 Unlike the previous rallies and events witnessed in the state, there was a very distinct ‘Malwai’ vibe to the event, even though it was held in Doaba. Due to majority of AAP supporters (even those from other states) donning the yellow turban, a majority of the men in the crowd appeared to be turbaned Sikhs. Even those from Rajasthan, Himachal, Kerala, etc., came in turbans.

Even on the roads leading to the event and at many Hola Mohalla langars, people with yellow turbans abounded.

It’s a big day for Punjab today. The entire state will today come together and take a pledge to make it prosperous. —Arvind Kejriwal, Delhi CM

In consonance with the electoral mandate, the event saw a resounding support from Malwa. Buses from Mansa, Sangrur, Bhadaur, Rupnagar, Moga, Bathinda, etc., converged on Khatkar Kalan. Thousands of people, holding Bhagat Singh’s posters, came sitting atop buses to show their support for Mann and love for the martyr. Some attendees said “every single village brought its own bus”.

A Kotra Kotrianwala village resident said: “This is an auspicious start to the new government from the land of martyr Bhagat Singh.”

Anil Sharma, AAP’s candidate from Sangaria, Rajasthan, in the 2018 polls: said: “We have come to witness the historic event.” Rajeev Mali and Naresh Mittal, AAP members from Hanuman Garhi, Rajathan, said, “The AAP government in Punjab has had a direct bearing on Rajasthan.”

The swearing-in ceremony was simple and without frills. The event was wrapped up in no more than 17 minutes. Yellow turbans, repeated sloganeering of ‘Inquilab Zindabaad’ and Bhagwant Mann’s invocation of Shaheed Bhagat Singh were the greatest takeaways. 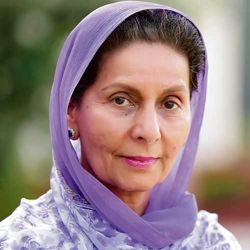 I hope Bhagwant Mann will work hard for the holistic development of Punjab and repay the faith shown in his party by the people of Punjab. —Preneet Kaur, Patiala MP 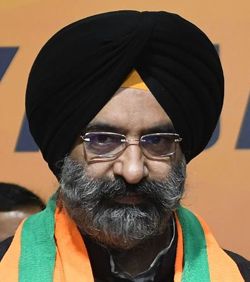 I congratulate Bhagwant Mann on taking oath as Chief Minister. I hope he will fulfil the promises made to Punjab and Punjabis that got AAP this mandate. —Manjinder  Sirsa, BJP