Other special committees are serving food to thousands of union members 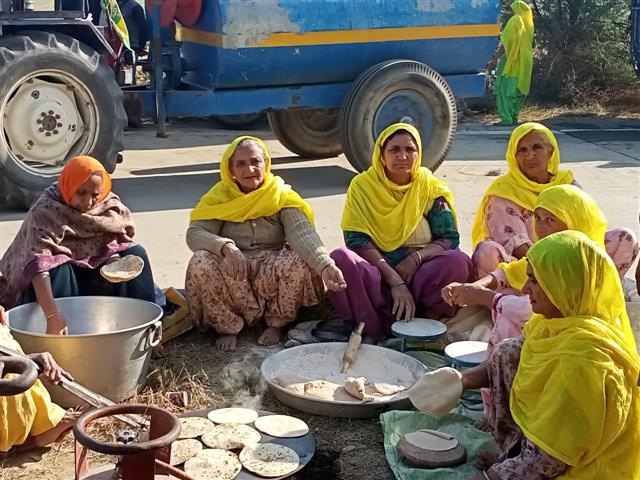 A large group of farmers from Punjab and Haryana on Friday continued their ‘Delhi Chalo’ march against the Centre’s farm laws from a road toll plaza at Panipat, about 100 km from the national capital.

Amid the protest by the farmers, langar preparations by special committees are under way to feed scores of farmers.

Other special committees are serving food to thousands of union members.

Farmers’ unions have got thousands of litres of milk in the morning from Punjab and Haryana villages.

“We have enough ration while more stock is lying in villages. Thousands of more members are reaching here within an hour,” said Harjeet Bhutal, a youngster.

Another leader, Rajpal Mangwal, said they had made all arrangements to break all barricades of Haryana police.

Farmers from Muktsar are also preparing food at outer bypass in Bahadurgarh town.

Over 50 tractor trollies from Punjab are parked along Bahadurgarh bypass. They are waiting for other farmers to march to Delhi.

Farmers from Ropar district in Haryana have also made preparations for langer on NH-44 in Rai of Sonepat district.

RT-PCR must for tourists visiting Himachal

With focus on Kabul, EAM to visit US later this month