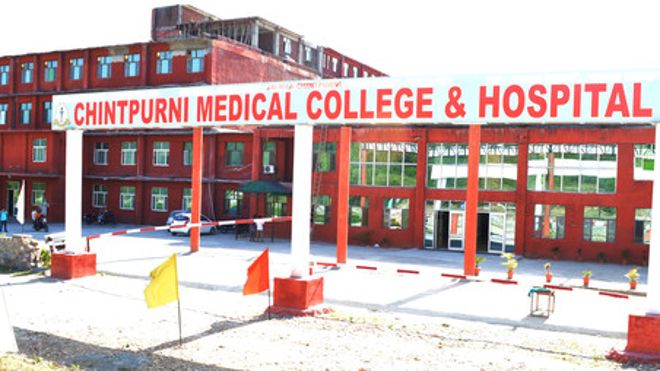 The National Medical Commission (NMC) has given permission to Chintpurni Medical College, Pathankot, to admit MBBS students — a decision that has raised eyebrows because its team had found gross shortcomings in the college infrastructure.

An inspection by the Baba Farid University of Health Sciences (BFUHS), Faridkot, has revealed that the college faces faculty crunch.

The state has only given provisional permission to the college for the admission. We are bound to carry out an inspection after the NMC’s go-ahead. The college is required to fulfil the criteria. — Dr Vijay Singla, Health minister

Four years ago, the state government had withdrawn the “essentiality certificate” from the college and ordered its shutdown. Subsequently, 249 MBBS students were shifted to other medical colleges in the state.

The NMC had inspected the Pathankot college on January 6 and 7 and found glaring deficiencies in the infrastructure. As a second chance, the college management had appealed to the NMC for a re-inspection.

However, without re-inspecting the private college, the NMC, through videoconferencing, permitted it to hold counselling for a batch of 150 students. It is scheduled for Friday.

Interestingly, the NMC had not been “soft” on government medical college. It had inspected the government-run Ambedkar Institute of Medical Sciences, Mohali, thrice before allowing it to admit the first batch of students.

Following the NMC’s go-ahead, the state government had last week instructed the BFUHS to carry out an inspection of the Pathankot college.

In spite of finding serious shortcomings, the government has given “provisional” permission to the college for the counselling.

Swaran Salaria, one of the trustees of the college, said: “Since the college doesn’t have any student, teachers often come late. Otherwise, there is no crunch of faculty and patients.”

Dr BN Gangadhar, president of the Medical Assessment and Rating Board, NMC, said: “Several colleges that were found wanting on some fronts were given a chance to prove otherwise during the videoconferencing. Many colleges were found satisfactory and were given permission.”

Experts say the NMC’s decision is a new low for the state’s medical education.

Dr SS Gill former, Vice Chancellor, BFUHS, said: “It is unprecedented that the college which was found wanting on several fronts was allowed to admit students without re-inspection.”