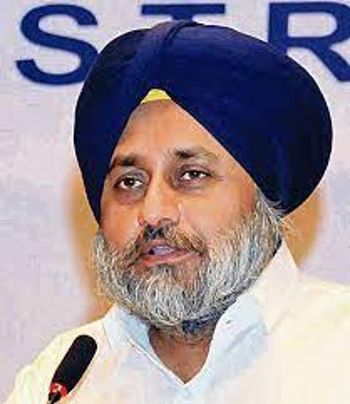 Shiromani Akali Dal (SAD) president Sukhbir Singh Badal today said there was a breakdown in the law and order in the state.

In a statement here, the SAD president said, “it seems the law of the jungle has descended on Punjab. No one is safe. Be it the gruesome murder of youth icon Sidhu Moosewala to the RPG attack on the Punjab Police Intelligence HQ to clashes and murder of police officers and the latest incident of looting of a Punjab Roadways bus in broad daylight, the breakdown in the law and order situation seems irretrievable.”

He alleged there was fear psychosis in the minds of the people who were feeling unsafe due to the “free rein given to gangsters” who were not only running extortion rackets, but were also indulging in targeted killings. “This situation has led to an increase in petty crime as well as daylight dacoities and rampant murders.”

The SAD president said all this was occurring due to the complete breakdown in the command structure of the Punjab Police. “The police force is reporting directly to Delhi Chief Minister Arvind Kejriwal who has taken control of the posting and transfer of both civil and police officials in Punjab”.

Asserting that this had compromised the position of the Chief Minister, Sukhbir requested Mann to reassert his will and lead the state instead of being led from Delhi. He said the CM should hold regular meetings of senior police officers besides monitoring the law and order situation on a day to day basis.