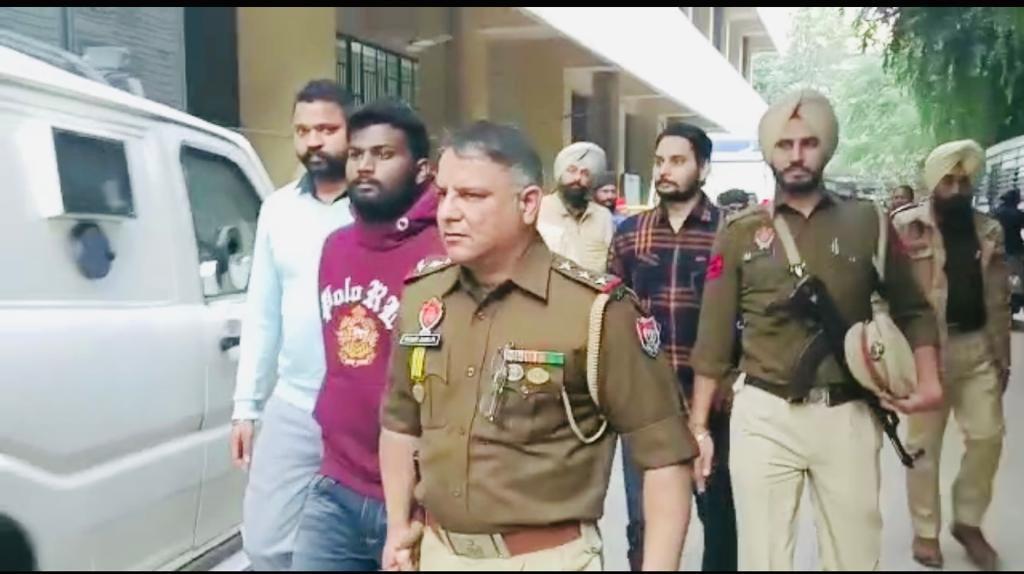 Yuvraj Sabharwal in the custody of the Ludhiana police on Tuesday.

Yuvraj is a close aide of Canada-based terrorist Lakhbir Singh Landa and Pakistan-based terrorist Harvinder Singh Rinda. He has been accused of retrieving and planting an IED on the directions of Landa.

So far, 13 persons have been arrested in the case. Four arrests were made by the Ludhiana police and the remaining by the Amritsar police.

Harminder had procured four mobile SIM cards on someone else’s ID proof and later sold them to Bavneet for Rs 4,000. Bavneet had then handed over the SIM cards to Fatehdeep, who further handed those to police constable Harpal Singh.

The SIM cards reached the hands of the other persons involved in the conspiracy through Harpal.

The Ludhiana police crime branch had been looking for Yuvraj after his Ludhiana aides, who had supplied SIM cards to the accused involved in the IED case, were arrested by the Ludhiana crime branch-1 team.

“Yuvraj called Landa, who then asked his Pakistan-based friend Rinda to warn the Ludhiana police from building pressure on Yuvraj’s family. Rinda threatened the Ludhiana police crime branch in charge, Inspector Beant Juneja, to eliminate him if he did not stop the raids at Yuvraj’s house and pressurise his family to reveal his location,” said a senior police official.

“Yuvraj is the one who assembled and fitted an IED under the vehicle of an Amritsar police officer. His skill of assembling a bomb made him the favourite of Landa. His questioning will reveal many angles into the network of terrorists. Three more SIM cards are yet to be recovered. Yuvraj will be questioned on if those SIM cards were used in other IED devices,” said Inspector Juneja.