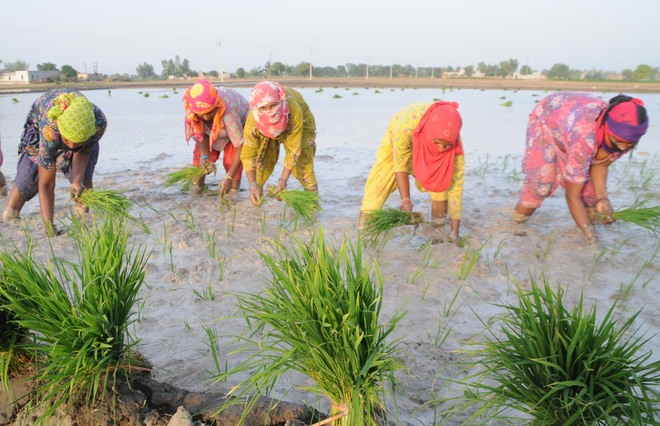 The much-touted direct seeding of rice (DSR) has failed to give the desired results in large parts of the Malwa region, with farmers ploughing back the seed and replanting paddy in a traditional way.

Attack by rodents and rainwater filling up furrows created by raised beds are the main reasons for the failure of direct seeding at many places. Dejected farmers have had to hire labour (both local as well as migrant labour by ferrying them from Uttar Pradesh) so that the paddy can be transplanted in the fields.

Officials of the Agriculture Department as well as Punjab Agricultural University admit that there have been problems, but they insist that it was because the farmers didn’t follow the SOPs issued to them. “This is the first year and it takes time for the farmers to learn the new technology,” said Agriculture Secretary Kahan Singh Pannu. At almost all places where the protocol issued by the department was followed, the direct seeding of rice had been successful, he said.

Gurcharan Singh, a paddy grower from Gowara village in Sangrur, said he went for direct seeding of rice. “But untimely rains led to the filling of furrows created between the raised beds. We were left with no option, so we sent a farmer to Sujanpur near Raebareli in Uttar Pradesh to get labour. We paid Rs 5,000 per acre to replant the paddy. Though local workers were available, they demanded similar wages,” he rued.

At Mangewal village of Barnala, Jeet Singh said he and his cousins had to replant paddy on 100 acres. “We got labour (bazigars) from Haryana and paid Rs 5,550 per acre for transplantation. At least our crop will be safe now,” he said.

Abjinder Sangha, a farmer and agriculture activist, said at many places where direct seeding was done, the farmers had been troubled by rats.

Pannu said the department had repeatedly told the farmers that they should do direct seeding on just 20 per cent of their land.