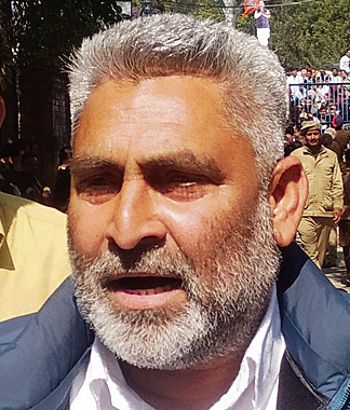 Pathankot: Bhoa MLA Lal Chand Kataruchak was virtually an unknown till he was elevated to the rank of a Cabinet minister. In the 2019 General elections, he managed to poll only 15,200 votes from the Gurdaspur parliamentary constituency against winner Sunny Deol, who polled 5.58 lakh votes. Following this, he joined the AAP but there were people who thought that he wouldn’t even get a ticket. Once he got it, they had not expected that he would win. Now that he has become an MLA and a Cabinet minister, with the support of masses, there are people who say he won’t be able to pull the area out of unemployment and poverty. Going by his track record, he is expected to prove them wrong.

Making up to ruling party 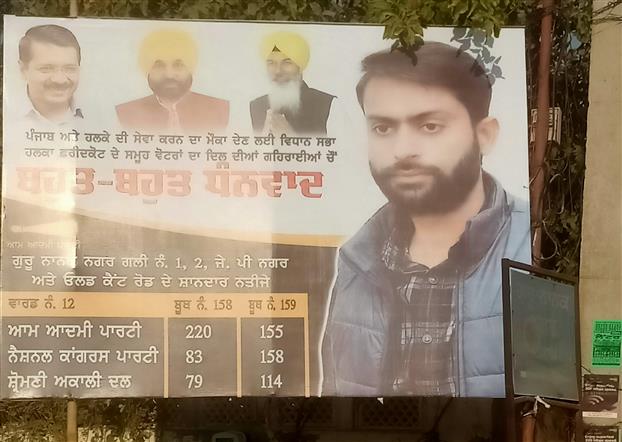 Faridkot: Post-Assembly elections, to showcase their strength, many local leaders of the AAP have installed flex boards on the roadsides. They are showcasing the breakup of total polled votes and the voting margin with which the party leaders have won from their wards. They say the aim of installing these boards is to thank voters for their overwhelming support to the APP.

20 years on, Malout MLA makes it to Cabinet 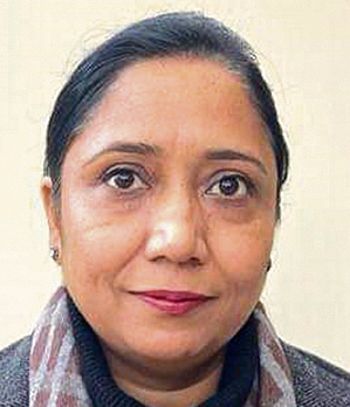 Malout: The Malout Assembly constituency in Muktsar district has got a minister after 20 years. Earlier, SAD MLA Sujan Singh had served as a Minister of State (MoS) for the Rural Development and Panchayats Department. At the time of his death in 2002, he was a MoS. Now, AAP MLA Dr Baljit Kaur has become a Cabinet minister. During the last Capt Amarinder Singh-led government and Charanjit Channi government, Congress MLA from here Ajaib Singh Bhatti had served as the Deputy Speaker.