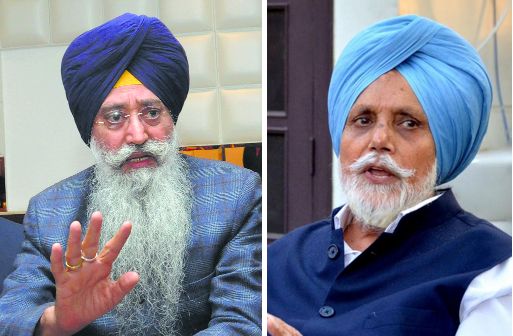 As the investigation into the multi-crore irrigation scam begins afresh, the Punjab Government has issued a lookout circular against three former bureaucrats and two Akali leaders.

Last week, permission was granted by the state government under Section 17A of the Prevention of Corruption (Amendment) Act to investigate the role of the three former IAS officers. All suspects, along with some personal staff members of the former ministers, have been accused of taking bribes from contractor Gurinder Singh and allotting him work worth Rs 1,200 crore in the Irrigation Department.

The lookout circular, say top officials in the government, has been issued to ensure that they do not leave the country. This has been done in the wake of one of the main accused in the tender allotment scam of the Food and Supply Department, now dismissed Deputy Director RK Singla, having fled the country while the investigation was on. “We didn’t want a similar embarrassing situation. So, as soon as the Chief Minister gave the nod for an investigation into the case to the Vigilance Bureau, we issued the lookout circular,” said a top officer of the Vigilance Bureau.

A lookout circular is issued against persons wanted by the law enforcement authorities. It is sent to immigration checkpoints at airports and sea ports to prevent the person against whom the circular is issued, from leaving the country. Official sources say now the Vigilance Bureau will summon contractor Gurinder Singh and other accused one by one. Though the case regarding the scam was registered by the previous Congress government in August 2017, the investigation had remained shelved. The investigation would now be conducted afresh, said an official source.