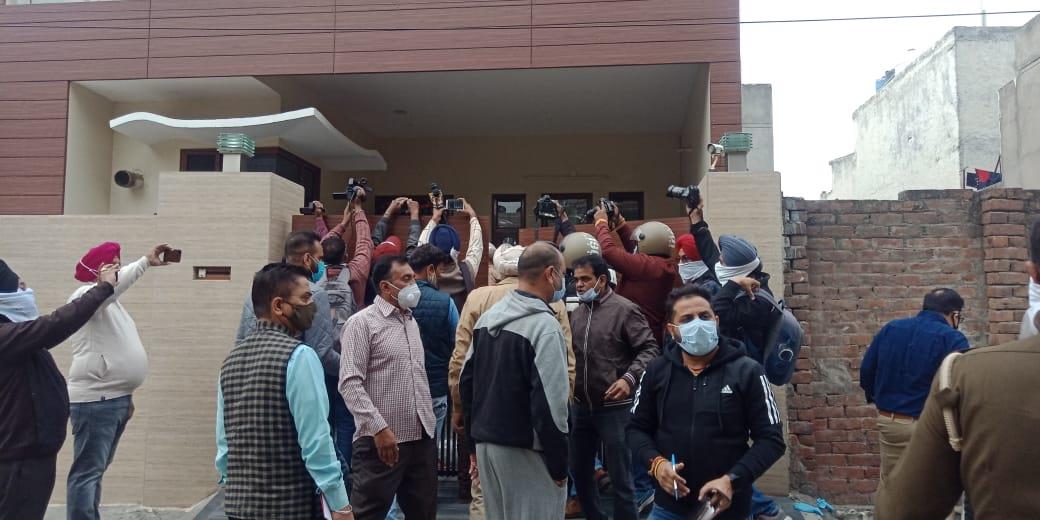 A view of the Mayur Vihar house in Ludhiana where the murders took place. Tribune photo: Himanshu Mahajan

A 60-year-old property dealer killed four of his family by slitting their throats with an axe at Mayur Vihar here on Tuesday.

He then fled in his Swift car and later burnt the vehicle on Hambran Road.

A dispute with his son's in-laws is said to be the cause behind the killings. However, the exact cause is still a mystery.

The accused has been identified as Rajiv Soonda. The deceased are his wife, Sunita, 55; son Ashish 35; Ashish's wife Garima; and their 13-year-old son.

ADCP Sameer Verma said the incident occurred at around 6.30 am. The police and forensic officials reached the spot.

The ADCP said the accused had an altercation with the family in the morning and his daughter-in-law Garima called her parents and told them to reach the house as she apprehended that the accused, who was in a volcanic temper, might kill them. When Garima’s parents reached there, the accused answered the door and asked them to sit inside. He then fled in his car.

He said Garima’s parents were shocked to see the family members lying dead. The bodies of the grandson and daughter-in-law of the accused were lying in one room, while the bodies of his wife and their son were lying in two other rooms, said the ADCP.

The accused left his mobile phone at home. The police have recovered the blood-stained axe from the house.