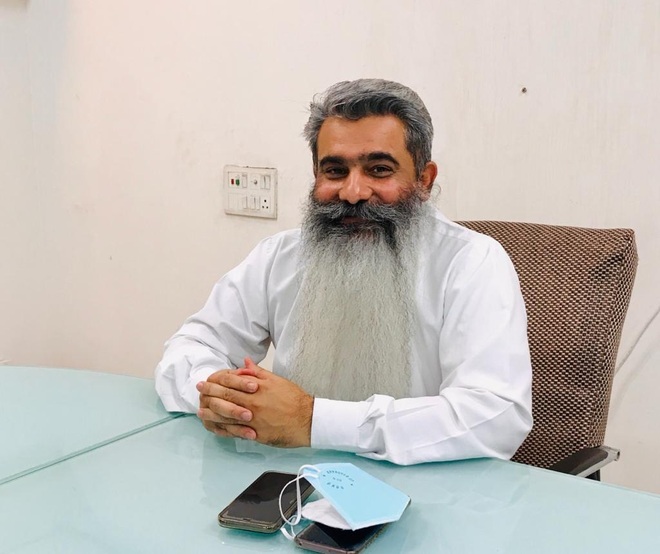 Food Minister Bharat Bhushan Ashu is eyeing a hat-trick even as two of his close aides have turned rivals in a five-cornered contest in the Ludhiana West constituency.

SAD ex-minister Maheshinder Singh Grewal, AAP’s Gurpreet Bassi Gogi, BJP’s Bikram Singh Sidhu and SSM’s Tarun Jain Bawa have made the contest tough in this urban seat, which had been represented either by the Congress or the SAD in the past.

Grewal, 72, had represented this seat in 1997 by defeating the then Congress heavyweight Harnam Das Johar and had remained the Cabinet Minister in the Parkash Singh Badal Cabinet. First-timers Gogi, 54, and Bawa, 49, who were the close associates of Ashu, 49, quit the Congress and jumped into the electoral battle against him. Sidhu, 50, is also a first-timer.

While Ashu, who had won both the polls from here in 2017 and 2012, is banking on “massive development” done by him in the constituency, his opponents were countering his claims and highlighting the “widespread corruption”, lack of basic civic amenities and poor infrastructure despite the “heavy expenditure” claimed by the Congress minister.

Ashu said he had fulfilled what all he had promised during the previous elections. Meanwhile, Grewal said there was strong resentment among the public against Ashu. Gogi, however, said he was forced to quit the Congress, which he served for over 22 years, after the party became a “private limited company”.