Supporting kin at the Delhi border protesting the controversial legislation 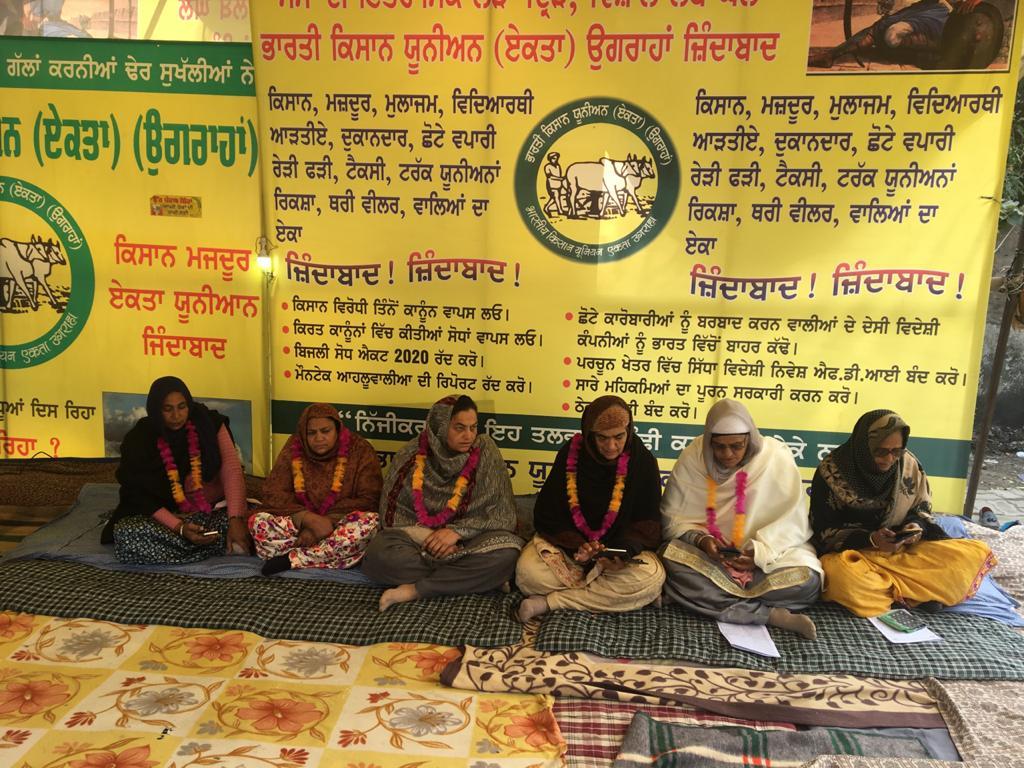 When their kin have been protesting at Delhi’s borders for over a month, women from different villages on Monday observed hunger strike here on Ferozepur Road.

Notably, the male members of the Bharti Kisan Union (Ugrahan) have been on chain hunger strike for five days now.

The kin of three women, who sat on chain hunger strike today, are participating in the Kisan Andolan at Delhi borders.

Harjinder Kaur’s husband and son have been participating in the Kisan Andolan at Delhi borders for over a month now.

“These new farm laws are against the farmers. Actually, these laws have been enacted to benefit the corporates. Modi Government should meet the demands of farmers and repeal these laws at the earliest. We will continue our agitation till these laws are not revoked,” she said.

Paramjeet Kaur and Sarabjit Kaur said that their family members will not come home until the Modi government agrees to repeal the laws.

Bharpur Singh of BKU (Ugrahan), who is participating in the ongoing dharna on Ferozepur Roada, said that a large number of women are already protesting at Delhi borders against the new farm laws.

“The women are also participating in the protests being held in Ludhiana too. A group of women sat on chain hunger strike here today. Besides, many more women from rural as well as urban areas are going to Delhi for intensifying the Kisan Andolan,” he said.