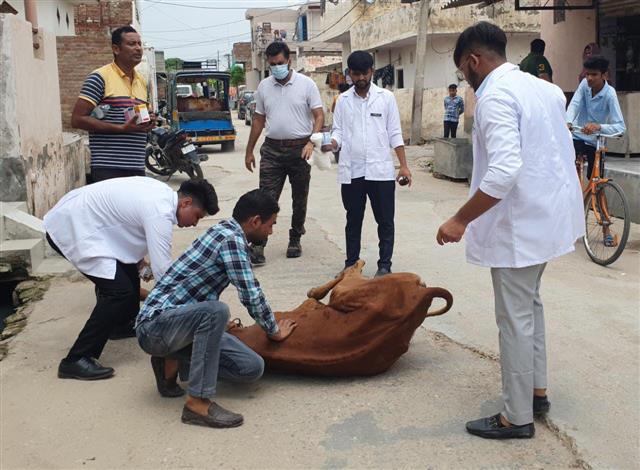 The cases of lumpy skin disease (LSD) have spiked in Muktsar district. In the last 24 hours, 45 head of cattle have died and 614 animals have been infected by this contagious disease in the district.

So far, the Animal Husbandry Department has vaccinated 3,033 cattle and the teams on the ground are waiting for the arrival of a fresh stock of vaccine.

Meanwhile, the department was staring at another outbreak as livestock owners were disposing of carcasses of infected animals on the roadside. While commuting between Malout and Gidderbaha, one can see carcasses dumped on the roadside.

Dr Gurdit Singh, Senior Veterinary Officer, Muktsar, said, “The Deputy Commissioner has issued directions that all carcasses have to be lifted with the earthmovers and buried in the soil. The livestock owners should inform the district administration about any such death at the earliest.”

He said, “The number of infected cattle is increasing due to waterlogging in the area. This is a vector-borne disease and we have advised the dairy farmers and livestock owners to separate the infected cattle from healthy ones. The recovery rate is also improving day by day.”

As of now, a total of 267 head of cattle have died and 4,381 animals have been infected with the LSD in Muktsar district.